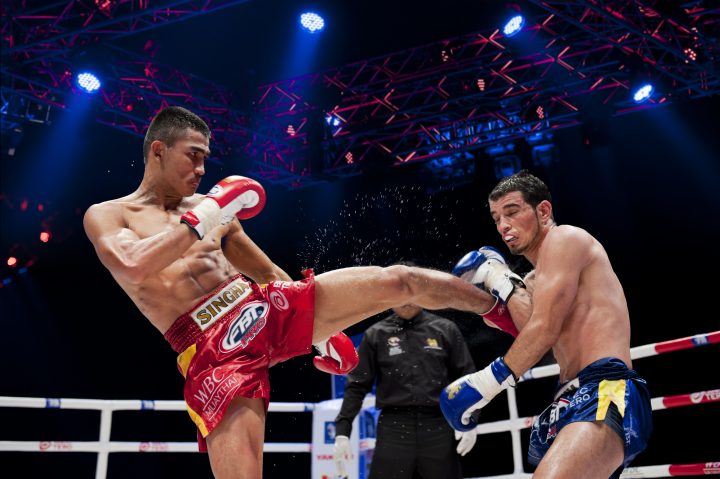 In the previous post we examined what an example annual training plan might look like for an Olympic boxing contender whose competition schedule is quite fixed, and whose training programme was focused on energy systems development (http://www.thescienceofstriking.com/mental-training/what-does-your-annual-training-plan-look-like-part-3-case-study-1/). In this post we take an example annual training plan for an athlete with less of a fixed competition schedule.

This athlete is a male kickboxer, high in national rankings for his weight division, and likely 1 fight away from a title shot. His last match was in November of last year, and whilst he won the bout, it was done so through a hard-fought decision, wearing his opponent down. He has traditionally won fights this way, relying on his stamina. His weak point, however, is his power, both in punches and kicks.

He also cuts a lot of weight (7-8kg) to make his fights, and because of this wants to avoid gaining any further muscle size, and feels he can reduce his body fat so that his starting weight is lower, is forced to cut less weight, and can be fresher going into the fight.

A maximal aerobic speed (MAS) test was performed on a rowing machine, and was used as a baseline measure. Whilst the priority leading up to the first match was not necessarily to increase metabolic capacity, it is useful to have baseline measures in the secondary focuses of a block to make sure these biomotor abilities do not deteriorate.

The athlete’s vertical jump is quite poor, with a countermovement jump height of 32cm and a squat jump height of 29cm. Whilst these numbers form an eccentric utilization ratio (EUR) within normal limits of 1.1 (see here for a review of the EUR: http://www.thescienceofstriking.com/training/what-does-you-testing-battery-look-like-part-4-power-assessments-part-2/), both numbers are lower than they should be for an athlete of his status.

For the goal of losing body fat, the athlete might consult with a sports nutritionist to optimize macronutrient breakdown, nutrient timing, nutrient partitioning and other dietry interventions for optimal fat loss whilst maintaining muscle mass and maximizing performance.

Body fat assessments would be performed ascertain the breakdown of any body mass changes.

The organization in which this athlete participates generally doesn’t schedule events for the first 2 months of the year, so the athlete can predictably get in a GPP at least for the first 4 weeks of the year. The organization also typically schedules non-title fights anywhere from 4 to 10 weeks out. Because of this, the athlete may or may not know at the completion of their GPP whether or not they have a match coming up.

As the athlete performed poorly in both lower limb maximal strength and power output, and his EUR was in a relatively normal range, we may hypothesise that the lack of power may be related to a lack of strength. This is one reason why the goal of increasing maximal strength in the squat and deadlift would be set with an earlier deadline than the goal of increasing vertical jump. The GPP for this athlete would be focused on maximal strength, as increases in muscular hypertrophy and endurance are not primarily goals of the programme. This may consist of low repetition training for multiple sets, in order to build a moderate amount of volume and increase structural integrity to handle the more intense training periods later on. However as this athlete is on a calorie deficit, we may need to restrict the volume slightly. A smaller volume of upper body strength work may also be included.

Skills work during the preparatory phases for an athlete such as this should also be focused on maximal power work, limiting the volume of techniques, and focusing on technique efficiency and maximal power output.

The timing of fight announcement would then dictate whether the athlete transitions to a competition phase, or keeps a higher volume in a prolonged preparatory phase. If the match looks like being further away, then the athlete may wish to perform 2 shorter GPP and SPP phases. If it looks like being closer, then they may enter more of a conjugate programme, where both maximal strength and power work be trained concurrently.

The resistance training during a competition phase for an athlete such as this should then transition into faster, more ballistic movements (e.g. jumping, med ball exercises) with a small volume of heavy strength work to maintain strength levels. Accessory energy systems work should be focused on the alactic system, with short bursts of full power output.

The post-competition phase for this athlete, similar to the previous example, would consist of a transition phase to allow recovery and review of performance. Changes in strength and power tasks would be correlated with match performance, and the training plan for the second half of the year programmed accordingly.

These are two basic examples of how one may go about constructing an annual training plan, taking into account an individual’s goals, past performance and current training status. Whether you are training for Olympic gold or simply for general health, your training will always be more effective with a specific plan in place.

A full framework of training planning is featured in the science of striking, available in both hard-copy and kindle formats (https://www.amazon.com/Science-Striking-Comprehensive-Physical-Preparation/dp/1729586821/ref=sr_1_2?ie=UTF8&qid=1543575646&sr=8-2&keywords=The+Science+of+Striking+Sam+Gilbert)