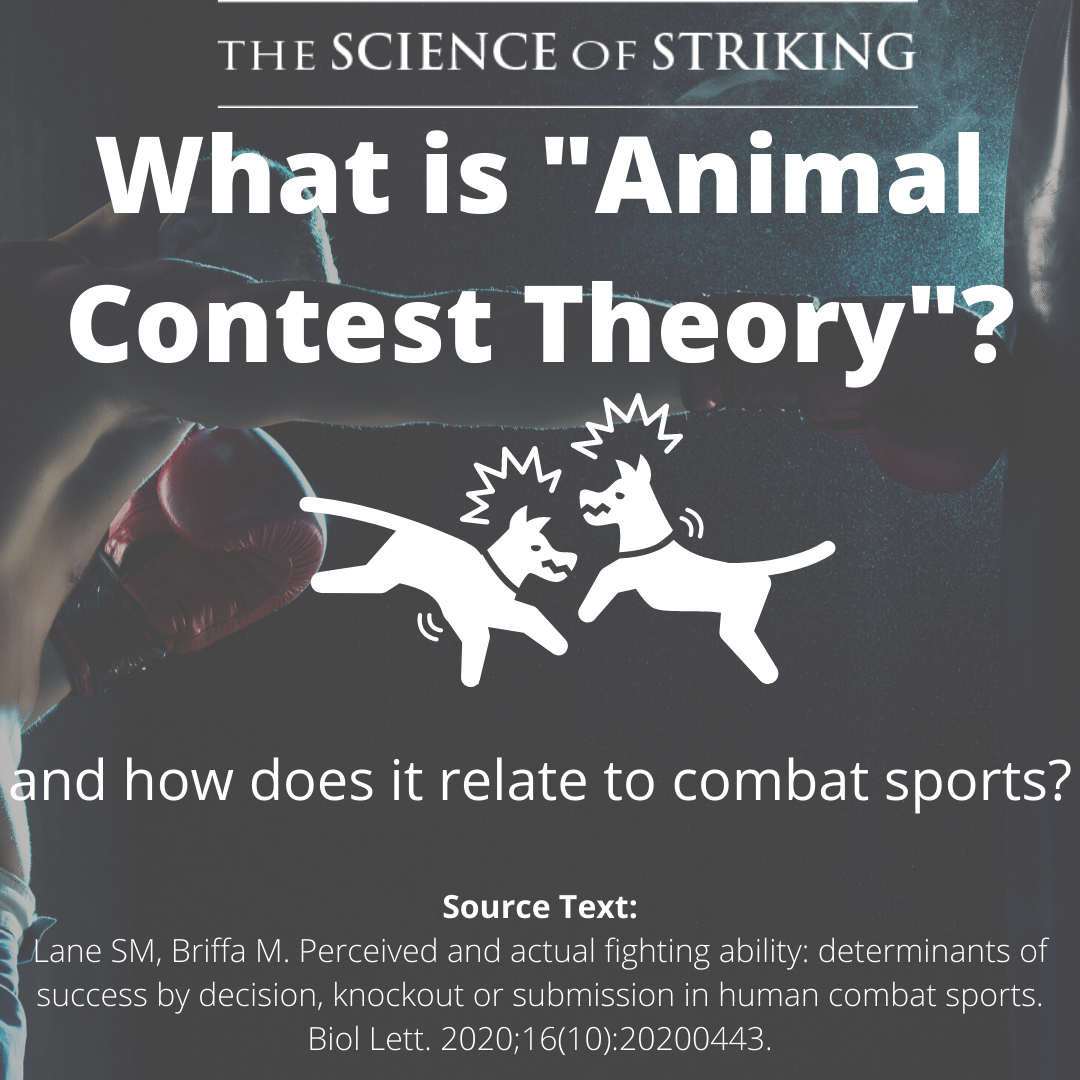 WHAT IS “ANIMAL CONTEST THEORY”?
Animal contest theory assumes that animals possess accurate information about their own fighting ability or resource-holding potential (RHP) and, under some models, that of their opponent. In the animal model, defeat is often indicated when one animal surrenders and retreats. RHP may also be applied to humans, and in a combat sporting environment is not just only interpreted by the individual athlete, but also by judges and spectators.
This study was an interesting application of the animal contest theory to MMA. Results from all UFC matches between Feb 2019 and March 2020 were analysed for gender, the number of significant strikes, number of strikes attempted, result, and method of outcome. The animal contest theory model was then applied to these results, with bouts ending by decision considered to be a third-party representation of RHP and bouts ending by submission/KO/TKO considered to be actual “defeat”.
In general, winners fought more vigorously (more total strikes attempted), however this was more evident in fights that were won by decision. It was also found that the positive effect of vigour was increased with the number of significant strikes landed.
These findings may indicate a trend for judges to lean in favour of vigour as an important trait when making a decision. It also highlights the (obvious) importance of skill used in combination with vigour in competition outcome.
Whilst this study is not likely to influence practice in a dramatic way, it does encourage us to ponder how our perceived abilities influence the way we compete, as well as the way we influence judges with our performance.
1. Lane SM, Briffa M. Perceived and actual fighting ability: determinants of success by decision, knockout or submission in human combat sports. Biol Lett. 2020;16(10):20200443.
#thescienceofstriking #boxing #kickboxing #karate #shinkyokushin #boxing #kickboxing #taekwondo #tkd #judo #jiujitsu #brazilianjiujitsu #bjj #combatsports #fighting #research #sportsscience #strengthtraining #strengthandconditioning #s&c #sportsperformance #mma #mixedmartialarts