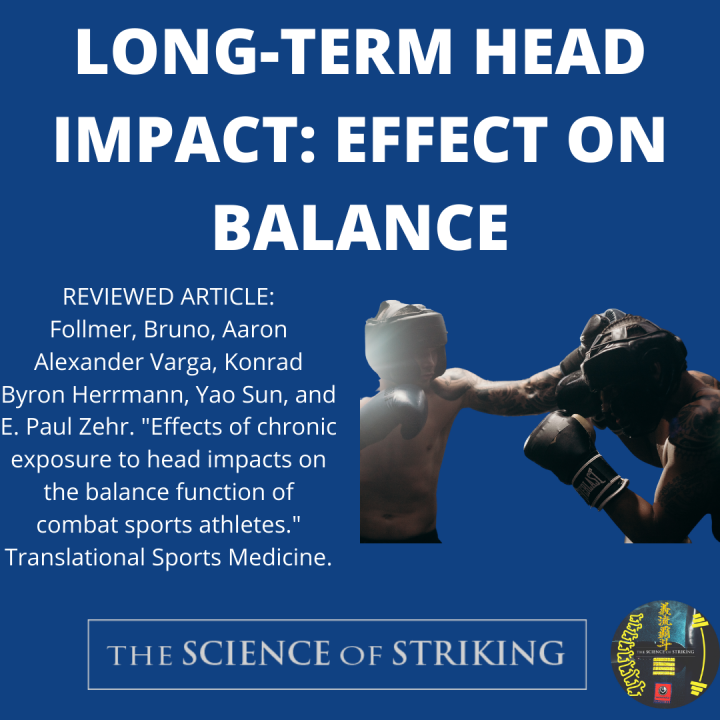 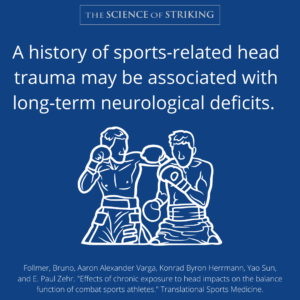 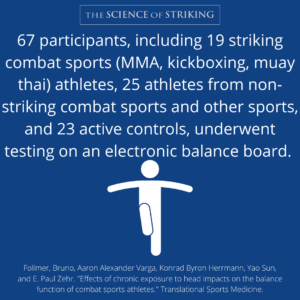 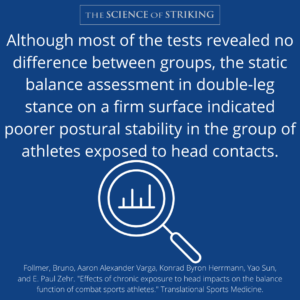 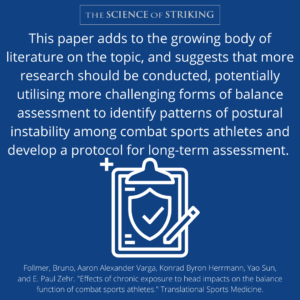 A history of sports-related head trauma may be associated with long-term neurological deficits. As such, methods to monitor certain aspects of neurological function in combat athletes could provide useful information and optimise the integration of protective strategies.

This was another great study from @  ‘s group out of Victoria University in British Columbia. 67 participants, including 19 striking combat sports (MMA, kickboxing, muay thai) athletes, 25 athletes from non-striking combat sports and other sports, and 23 active controls, underwent testing on an electronic balance board. Participants who had sustained head trauma in the prior 3 days or had been diagnosed with a concussion in the prior 3 months were excluded from the study. Assessment involved both static and dynamic (reaction to a visual stimulus) tests on different surfaces and in different stances. These tests have been shown to be sensitive to changes in postural stability post-concussion.

Although most of the tests revealed no difference between groups, the static balance assessment in double-leg stance on a firm surface indicated poorer postural stability in the group of athletes exposed to head contacts.

This paper adds to the growing body of literature on the topic, and suggests that more research should be conducted, potentially utilising more challenging forms of balance assessment to identify patterns of postural instability among combat sports athletes and develop a protocol for long-term assessment.