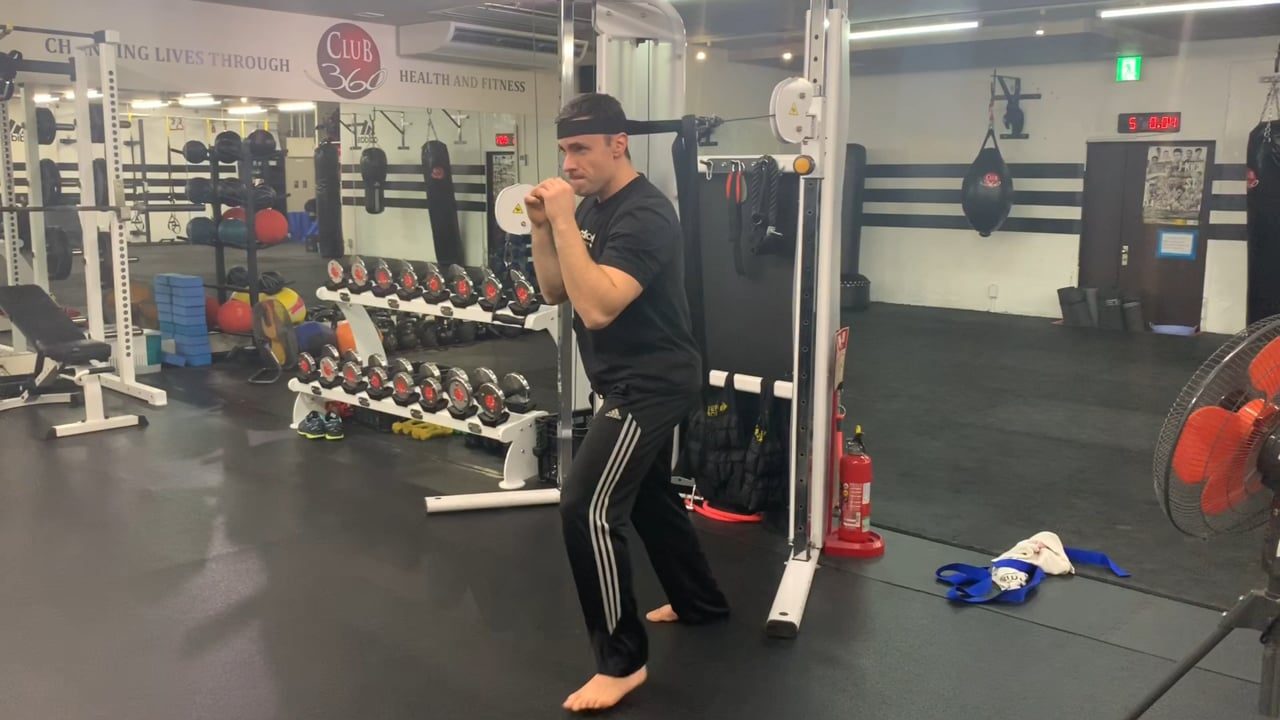 In previous posts we have discussed the basics of neck strength training and provided examples of introductory exercises (http://www.thescienceofstriking.com/training/neck-strength-basics-part-3/). This final post will discuss how we can train the neck in multiple directions as well as reacting to external stimuli.

In previous posts we have discussed the basics of neck strength training and provided examples of introductory exercises. We can progress the cable isometric holds from section 2 with the example drill below. In this exercise the athlete begins a fighting stance with the cable pulling the head backwards, creating an anti-extension contraction. From here, we can perform punches, which rotate the torso, thus creating an anti-rotation contraction as well as anti-extension contractions in different angles of rotation. Finally, we can turn side on to the cable and throw punches in this position, whereby we create an anti-lateral flexion contraction.

Progressing further, we can increase the complexity of neck training using some partner assisted drills.

The clip below features Chris Marshall, a physiotherapist at Club 360, who has extensive experience working both with concussion rehabilitation and concussion prevention. Chris demonstrates a cervical plank, where the athlete is lifted by their neck by a partner, requiring a strong anti-flexion contraction. The second exercise requires the athlete to react to random, multidirectional force provided by their partner. Whilst this obviously does not match the speed of a punch, it does teach the individual to engage the appropriate muscles in response to external force.

Obviously the ideal situation in combat sports is to avoid being hit at all! However, this is not a realistic approach, and combat athletes will expect to be hit in the head in both training and competition. Given the increasing amount of information regarding the long-term sequelae of concussion, it is important that combat athletes address neck strengthening as part of their overall physical preparation.

A full framework of neck strength training is featured in the science of striking, available in both hard-copy and kindle formats (https://www.amazon.com/Science-Striking-Comprehensive-Physical-Preparation/dp/1729586821/ref=sr_1_2?ie=UTF8&qid=1543575646&sr=8-2&keywords=The+Science+of+Striking+Sam+Gilbert)