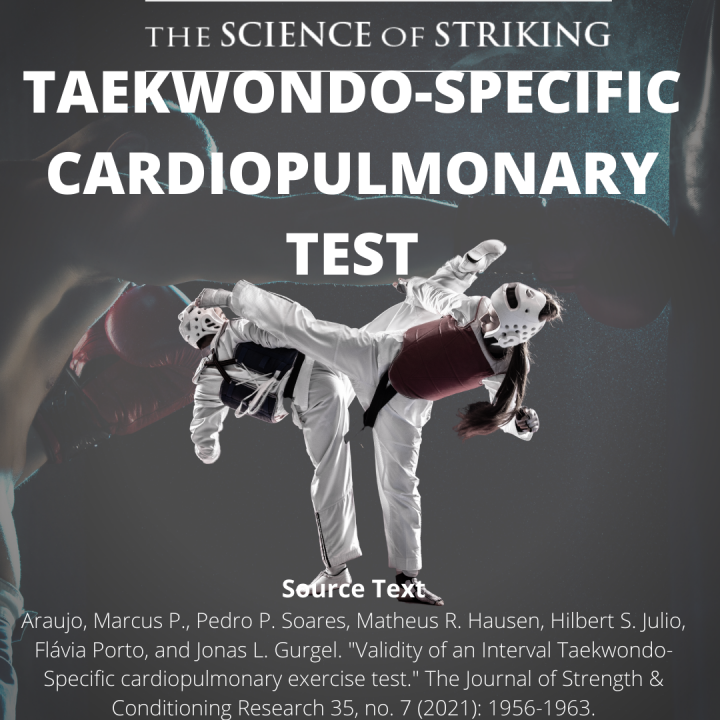 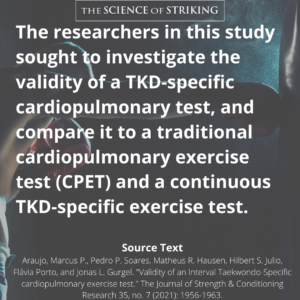 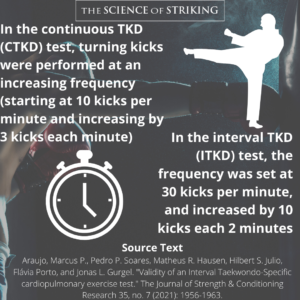 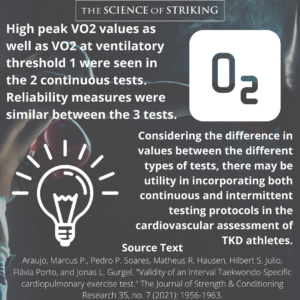 There has been a rapid increase in the number of combat sports-specific fitness tests being assessed in research environments and utilised in the field. This should in theory lead to more accurate assessment of sports-specific performance and optimised program design.

All of the tests were ceased upon 3 out of 4 criteria achieved of:

High peak VO2 values as well as VO2 at ventilatory threshold 1 were seen in the 2 continuous tests. Reliability measures were similar between the 3 tests.

Considering the difference in values between the different types of tests, there may be utility in incorporating both continuous and intermittent testing protocols in the cardiovascular assessment of TKD athletes.