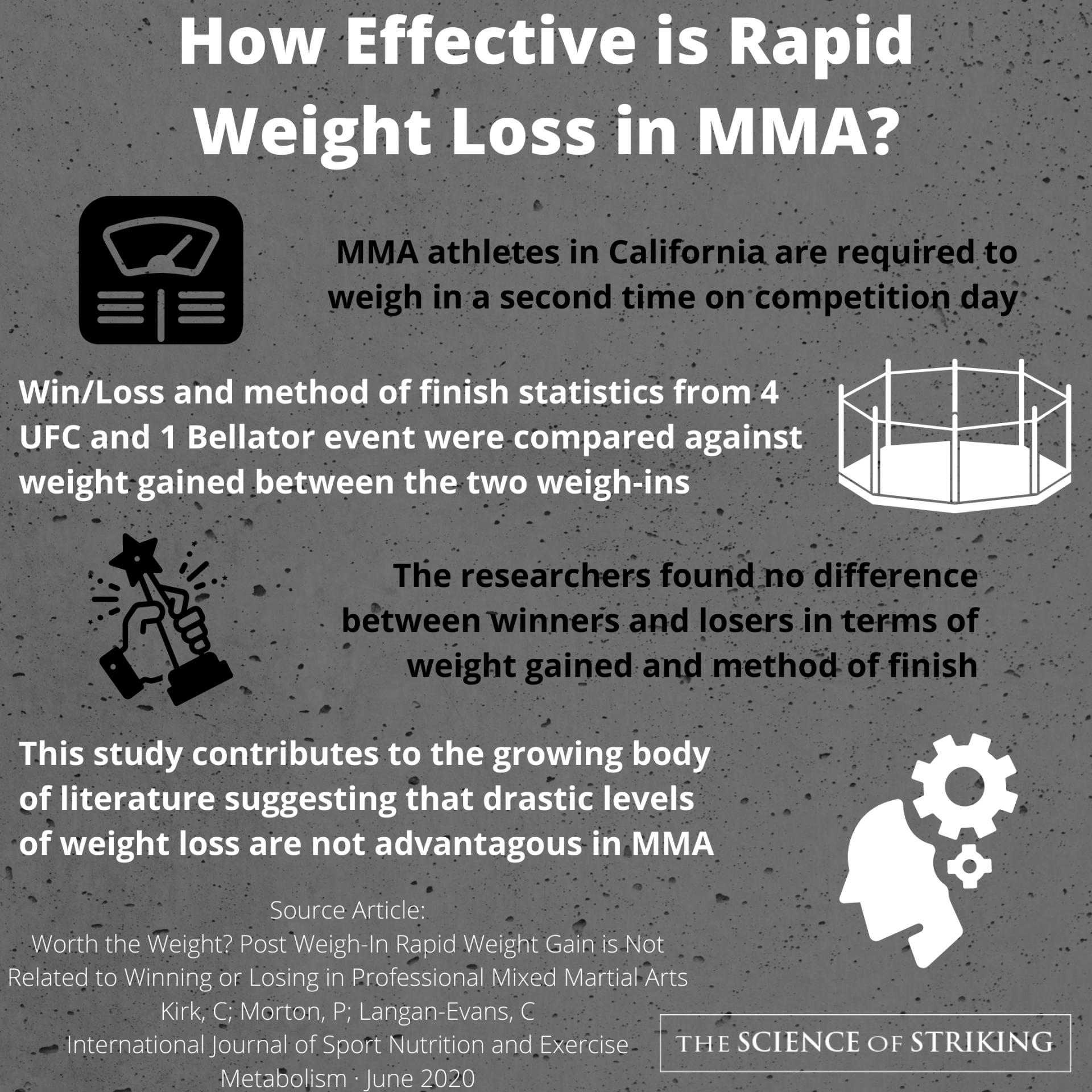 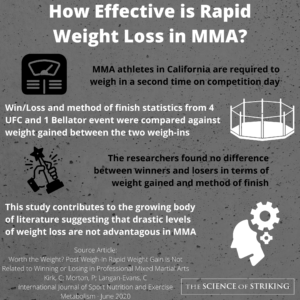 Rapid weight loss followed by rapid weight gain strategies are commonly employed by combat sports athletes of all disciplines. The amount of weight lost and subsequently gained is generally greater in MMA athletes than other combat athletes

Previous studies have shown the amount of weight regained to be predictive of success in judo, but not in boxing. One small study in MMA athletes also identified a potential advantage to greater levels of regained weight, however the small sample size in this study indicates the need for further investigation.

The researchers in this study took advantage of the fact that MMA athletes in the state of California are required to re-weigh-in on the day of competition. This dual weigh-in data from 5 elite level events (UFC and Bellator) was assessed in relation to the result of each of the bouts on the card (win vs loss and method of win).

There was no significant difference in either the competition weight, or the weight gained, between winning and losing fighters. Although there was a trend towards increased body mass gained in the winners of fights that ended in strikes (KO/TKO) or submission, this was not statistically significant.

Given the serious potential negative health consequences of rapid weight loss, studies like these that question the advantage of this common practice may contribute to a change in this culture, both at an organizational level, and also in terms of the understanding by coaches and athletes. It was also noted in the current study that on average athletes were regaining sufficient body mass to place them in a weight division 1-2 classes higher than that in which they were competing, reinforcing the common understanding regarding weight loss practices in MMA

Despite this study utilising a much larger sample size than those previously conducted in MMA, it would still be good to see these findings replicated on a much larger scale and in more detail (e.g. decisions won primarily via wrestling), and given the access to match-day weight, in combination with fight analysis, this is likely a realistic proposition.