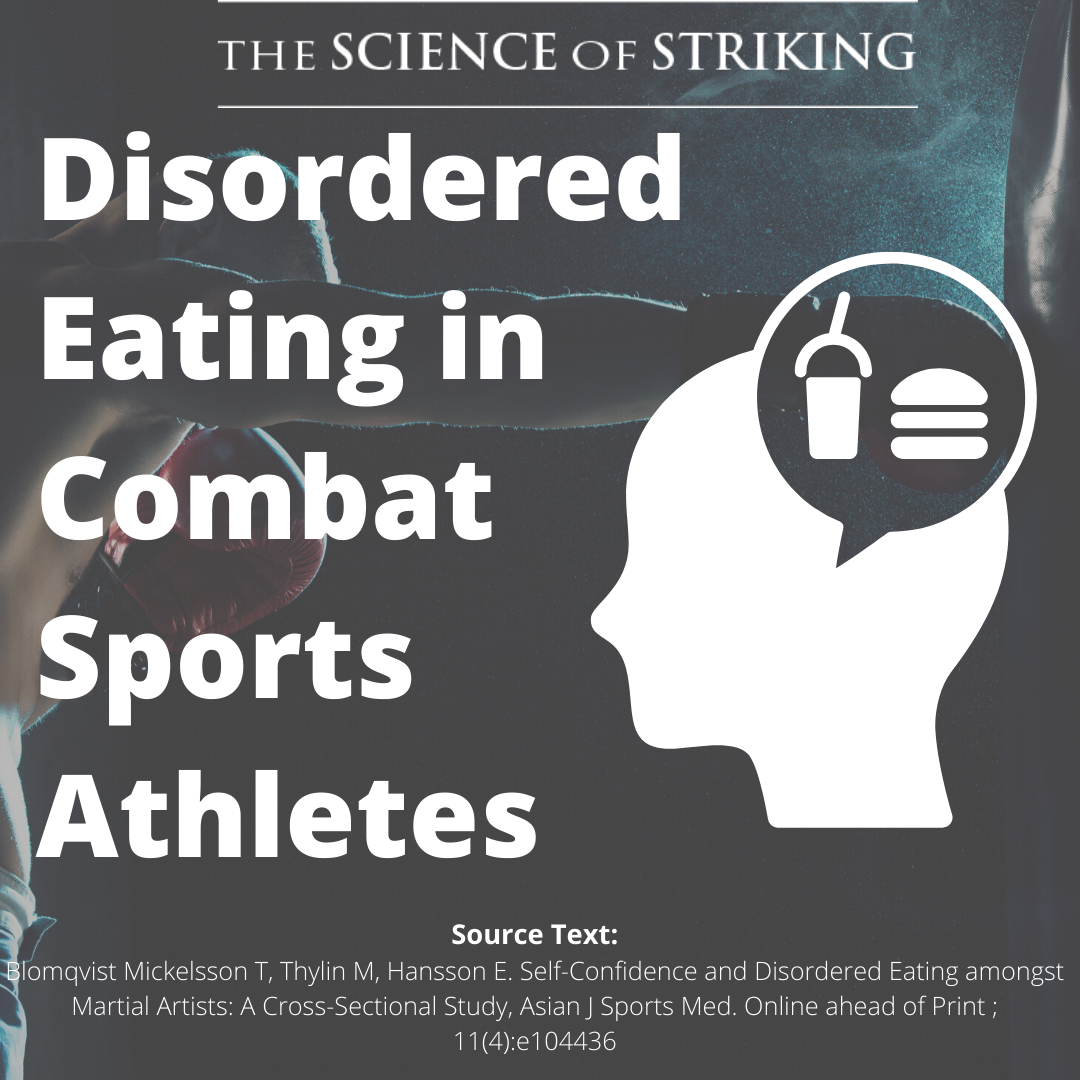 Given that most combat athletes compete in weight divisions and are often forced to adjust dietary habits in order to make weight, the risk of developing disordered eating behaviours is elevated. This study sought to identify trends between sport-specific self-confidence, pre-competition weight loss, and disordered eating.

Elite and sub-elite MMA (n=47) and BJJ (n=64) practitioners were recruited via survey, and their current body mass in comparison with intended competition weight was noted, The participants also completed the Eating Disorder Examination Questionnaire (EDE-Q), as well as the Trait Sport Confidence Inventory Test (TSCI).

Whilst there was no correlation between the EDE-Q or TSCI for either groups, in the MMA athletes there was a positive correlation between the amount of weight lost and the level of sports-specific confidence. This is an important point, as it indicates a clear psychological advantage to cutting weight, and as such complicates the task of improving the weight-cutting practice amongst combat athletes.