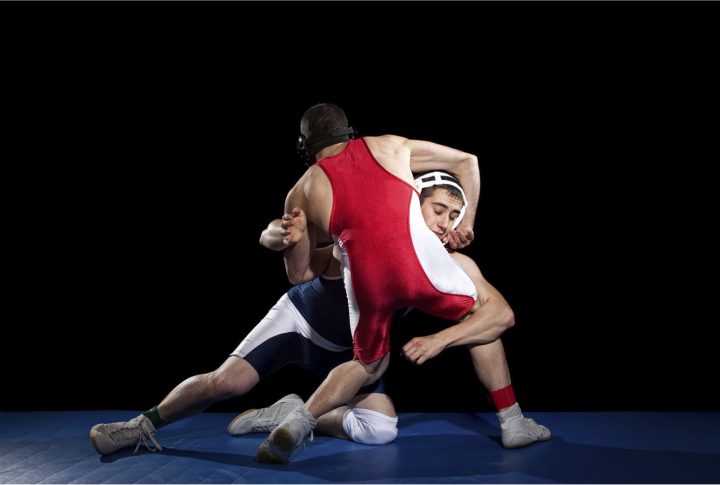 The first paper of this issue, as the title suggests, explores the validity of a test specifically designed to assess fitness performance characteristics in wrestlers. In many sports, fitness tests play an important role in a) monitoring the progress of an athlete’s/team’s fitness, b) assessing an athlete’s performance profile to guide training planning, and c) athlete selection. Fitness tests for individual sports should be specific to the sport, and this specificity relates to the ability of the test to recreate the approximate time duration of the activity, as well as the metabolic and mechanical demands.

Sports are typically divided into cyclical vs non-cyclical; with cyclical sports referring to running, swimming etc., where the same movement is performed repeatedly in a cyclical nature, and non-cyclical sports referring to any other sports where movements are more varied. A further classification may divide sports into open vs closed; with open sports referring to sports such as soccer, where the athlete must react to the actions of team mates/opposition, while closed sports refer to field sports such as the shot put, where the athlete’s physical actions are performed independently of the opposition. These distinctions are important when considering testing procedures, as cyclical and closed sports are typically much easier to design testing procedures for.

All combat sports are non-cyclical, open sports, and involve a variety of different actions, intensities, speeds of movement and volumes of activity. In addition to different combat sports, and styles of combat sports requiring different physical characteristics, individual athletes within the same style of sport will also perform differently based on their individual fighting style and body shape, as well as the characteristics of the opponent that they match up against in any particular bout. Because of this, designing combat sports-specific tests poses significant challenges.

Assessments of the fitness levels of combat sports athletes have typically been surprisingly poor in comparison to other athletes of similar competitive levels. One likely factor contributing to this is the fact that most physiological testing takes place on traditional cardiovascular training equipment such as bicycles and treadmills. While combat sports athletes may well utilise these modalities as part of a conditioning programme, it is likely that this represents a much lower percentage of their training volume when compared to an endurance athlete, or even a field-sport athlete who spends the majority of their time running. In my opinion, this has led to an underestimation of the fitness levels of combat athletes. While papers such as this do not necessarily aim to address this issue, it is of worthwhile side-note.

Combat sports-specific tests have come to the fore in recent years, but at this stage are likely not widely utilised enough to be considered a gold-standard for comparison amongst athletes. Such tests have been described in the literature for karate (2,3) and Taekwondo (4,5,6,7). The specific judo fitness test (SJFT) (8), elements of which we will review in our third article, is one of these tests that has been reported in recent literature. The structure of the judo specific fitness test is as follows:

Testing subject stands between two other athletes of similar weight, standing 6 meters away from each other
Testing subject performs maximum number of ippon seioinage throws in the allotted time

To date, due to the lack of a specific wrestling test, the SJFT has been used with wrestlers. Despite many similarities between judo and wrestling, there are also distinct differences, such as distance between competitors, bout duration, specific techniques used, as well as the dogi worn in judo influencing the dynamics of combat interactions. 2 novel tests wrestling-specific assessments, the specific wrestling fitness test (SWFT) and the specific wrestling performance test (SWPT) were described in 2017 (9) by the same research group. In this paper the authors sought to determine the validity of these tests by comparing performance against the JSFT.

SWFT:
– 3 x 30 second intervals, with 20 second rest in between
– Maximum number of suplex dummy throws recorded for each interval
– Weight of the suplex dummy was standardised based on athlete bodyweight
– Heart rate and lactate values were recorded

SWPT
– 2 x 3 minute intervals, with 30 second rest in between

In addition to matching the total number of throws with heart rate at the conclusion of the test, as well as heart rate recovery within 1 minute of test conclusion, the throw number was also normalised relative to body mass index (BMI) and body mass.

Both the SWPT and SWFT demonstrated moderate-to- excellent retest reliability.

Athlete performance in all three tests demonstrated strong correlations with each other in terms of number of throws, as well as blood lactate and heart rate response.

This study showed strong correlations between these new wrestling-specific tests and a previously documented and validated test for judo. This indicates that the SJFT may still suffice as a test for wrestlers as well. However, the fact that similar information may be gleaned from an assessment that more closely resembles actual movements used in the sport has possible benefits. The athlete’s commitment to optimal performance of the test will likely be enhanced due to greater familiarity and perceived relevance, thus producing a more accurate indication of true ability. The test may also be more smoothly integrated into practice sessions. The fact that the fact uses a dummy instead of a human partner likely increases its reliability due to the absence of human error (although the partner essentially acts as a “dead weight”, there may still be differences in how well certain individuals do this) on the partner side as in the SJFT.

The authors note that “the test presents as a reliable, time-efficient, non-invasive method of assessing wrestling-specific fitness and readiness, and can be used with large groups of athletes”. This allows for coaches to easily collect useful data on their athletes, and also be able to pool this data together for comparison purposes.

One potential limitation of the study is that the test, like the SJFT, is only specific to the throwing aspect of the sport. Whilst this is an important component, throwing alone may not provide a sufficient representation of movement patterns critical to wrestling performance.

There may also be issues with the comparison to the SJFT for establishing validity of the test. The technique used during the SJFT is judo specific, and as such may favour wrestlers with technique more similar to that of a judoka, or with previous experience in judo. Whilst a larger study size may have accounted for this, the current study only used 15 subjects.

The authors of the current paper quote that “to be utilised, these tests must be a valid prediction of competitive performance”. The next step towards achieving this would be to validate these testing methods against performance levels in wrestling (state vs. national level etc.) as well as with male and female competitors from a greater variety of weight classes. From here, further validation would come from longitudinal studies of the response of these tests to training interventions.

One of the great aspects of these combat-specific tests are that their formation requires the collaboration between skills coaches and performance coaches/researchers. The more input each party has in designing testing procedures, the greater the likelihood of developing valid and effective systems, leading to the advancement of combat sports as a whole.