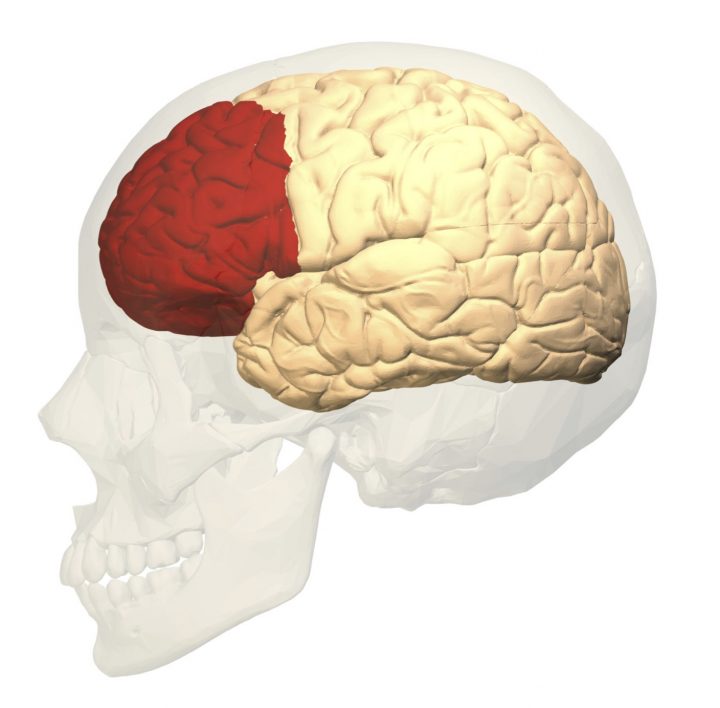 The body of sports science research pertaining to predictors of success in different athletic activities is immense. The ability to utilise factors known or hypothesised to be related to sports performance in the assessment of athletes for team or development program selection

or talent identification can be extremely valuable to sports scientists, coaches and sporting organisations. Factors may include everything from basic anthropometrics (size and shape of the body), physical maturation rates, muscle fiber distribution, cognitive abilities, as well as performance in a whole host of different physiological assessments, just to name a few.

There are also a range of genetic factors that may influence potential sports performance, and this current study investigates one such genetic variant related to mixed martial artists. The next paragraph may be a little too science-heavy for some readers, so feel free to skip ahead to the methods section if this is the case.

Dopamine signalling in the prefrontal cortex has been associated with levels of aggressive behaviours2​ ​. Because of this, dopamine antagonists are a widely used pharmacological intervention to address such behaviours3​ ​. Dopamine levels have also been shown, at least in animal studies, to correlate with a range of different competitive abilities 4​ ​,​5​. The enzyme Catechol-O-methyltransferase (COMT) is responsible for regulating dopamine levels in the prefrontal cortex through its action on catecholamine catabolism. Variants of this COMT gene have been used as genetic markers associated with anxiety, pain, and stress. One such variant is the functional single nucleotide polymorphism (SNP) in the COMT gene (rs4680). This variant causes an amino acid substitution of valine (the “Val” allele) in place of methionine (the “Met” allele) which leads to a decrease in dopamine production in the prefrontal cortex and amygdala, and decreased performance in cognitive functions6​ ​. Interestingly,

The authors of this study hypothesised that the Val allele would be more abundant in mixed martial arts athletes than in controls.

A sample of 83 male subjects, including 21 MMA athletes, 21 athletes from other sports, and 41 non-athletes, underwent salivary genotype analysis to determine the frequency of the different allele types. The timing of testing was controlled in an attempt to maintain consistency in circadian rhythms.

There was a statistically significant difference between the prevalence of the Vet allele in MMA fighters (52.4%) and non-athletes (19%), a statistical trend towards a greater prevalence between athletes (42.9%) and non-athletes, and a non-statically-significant trend between MMA athletes and other athletes. The findings of this study support the researcher’s hypothesis that the Vet allele is

The Dopamine theory, originally proposed by Goldman-Rakic et al. in 2000, suggests that there is an optimal level of dopamine conducive to cognitive performance, and if levels rise above or fall below this level, cognitive function may be negatively affected8​ ​. The relevance of this is that individuals carrying the Val allele would be below their optimal levels of dopamine in normal conditions, however due to the greater COMT activity, in stressful situations (e.g. a fight), their dopamine levels may rise closer to optimal levels. On the other hand, those individuals with the Met allele may be closer to their optimal levels at rest, however in stressful environments may be pushed above.

Anyone involved in combat sports understands that controlled aggression is an important trait for successful performance, and although this study was conducted on a relatively small sample size, it does indicate that there is potentially a genetic component behind this inherently advantageous trait. The application of this finding may be talent in identification for MMA, although these results would have to be reproduced on a far greater scale before sports scientists and coaches could be confident in applying

them in this way. This type of talent identification is not without its downsides, however, as there are always stand-out competitors in every field who defy science and logic in terms of outperforming their predictive characteristics, and negative findings may deter a potential competitor from pursuing a competitive combat sporting career.

One of the limitations of the study (acknowledged by the authors) was that the participants were all males, however this was done deliberately due to the known difference in dopamine pathways between genders. It would be interesting to see future studies performed in females.

The authors did not specify the sport of participation in the non-MMA athletes. This is an important detail that would lend further analytical weight to the study. It may be that competitors in other contact sports possess similar genetic characteristics, and that this specific gene allele is predictive of performance in sports requiring controlled aggression in general, and not specific to MMA or combat sports.

Another potential utility for these findings may be in the psychological management of combat sports athletes outside of the competitive environment. Combat sports athletes often suffer from depression, particularly upon the cessation of their competitive career. While there are likely several factors contributing to this, this gene variation, which has been shown to be higher in those suffering depression, may be a factor. This could have implications in the management of depression for these athletes, including pharmacological management.

As mentioned above, it would be interesting to see a comparison of MMA athletes with athletes from different sporting populations.

The authors also alluded to their future plans to evaluate the prevalence of this gene based on competition success (win/loss ratio) and we look forward to seeing the results of this further investigation.

Whilst the immediate application of the findings of this study are perhaps limited, it is still nonetheless an interesting contribution to the current body of literature in relation to the physiological make up of combat athletes and further enhances our understanding of the factors potentially related to performance.