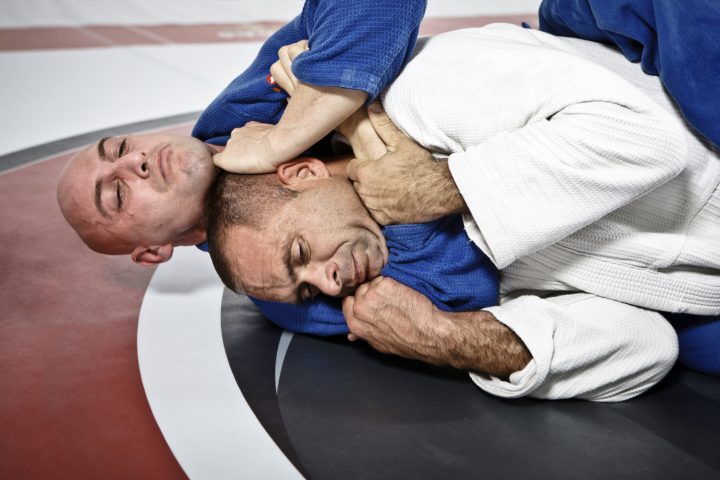 The Safety of Sportive Chokes: A Cross-Sectional Survey-Based Study (1)

THE PHYSICIAN AND SPORT MEDICINE, PUBLISHED AHEAD OF PRINT.

Choking, or sporting choking, as it is referred to in the literature, is common in many grappling sports/arts. The goal of application of a choke is a medial to lateral compression of the jugular vein and carotid artery, causing syncope; loss of consciousness from decreased cerebral blood flow.

Previous studies have attempted to investigate the effects of volunteer choking to the point of unconsciousness on physiological measures such as heart rate, mean arterial blood pressure, middle cerebral and carotid arterial blood flow, EEG, ECG, heart size, cardiac stroke volume, regional brain perfusion, skin perfusion, and intracranial pressure. These studies have shown minimal impact on the above-mentioned parameters, however in most cases long-term follow-up was not performed (1,2,3,4,5,6).

Concern has arisen over a small number of case studies, in which one of the complications of sportive choking is dissection of the carotid and vertebral arteries. However, dissection rates in combat are on par with other sports such as golf, and far less than water and running sports (8).

This current paper was the first to objectively study the opinions and beliefs of combat sport athletes in regards to choking.

The primary objective was to explore the safety of sportive chokes by surveying a group of subjects experienced with this practice, and to describe the symptoms and duration of symptoms from choking episodes.

4421 survey participants, mostly male and mostly between the ages of 18 and 44, were gathered via the heavily trafficked websites www.reddit.com/r/bjj/ and www.reddit.com/r/judo/., of which 113 were excluded due to a) lack of relevant experience in grappling, b) lack of experience being choked, c) history of unrelated brain injury or d) incomplete surveys. Approximately half of the participants had 1.5-5 years of grappling experience, and 30% had 5 or more years experience. The most common form of grappling practice was gi BJJ (70%). The questions were developed through collaboration between the surveyed participants and experts in the field.

20% of participants described some type of symptom believed to be associated with choking, such as headache, dizziness, light sensitivity and concentration issues. Of these symptoms, the majority resolved within 1 minute to 1 hour.

Of this 20%, 0.5% (4 participants) described on-going symptoms. Of these 4 participants, one reported a thyroid injury, one a neck injury (specifically attributed to cranking), another reported neck pain of non-specific origin and the fourth did not specify the nature of the ongoing symptom.

As a secondary aim of the study was to assess the participant’s beliefs in regards to safety of choke application, they were asked whether they felt choking would be a safe and effective method to control an assailant in an escalation of conflict, to which 94.3% of individuals responded to the affirmative.

Whilst these findings are interesting, and constitute a valuable contribution to the current literature regarding choking/strangulation in combat sports, there are some major limitations to the study. The primary one is that the study was based on an anonymous survey, which does raise questions regarding the reliability of the responses. The large number of participants is definitely a strength of the paper, however the fact that they were recruited via combat sports internet forums greatly increases the risk of selection bias. It is quite possible that if an individual has suffered a major negative health event or succession of less serious issues, they may no longer be practicing that relevant discipline, and therefore unlikely to be involved in these types of forums. Unfortunately the low external validity that results from this is typical for a convenience sample survey.

I am also unsure how relevant the question regarding safety for escalation of conflict was in the context of the athletic cohort who were surveyed. It would have been of greater interest to ascertain whether the participants felt that being choked regularly would have long-term consequences on their health.

It would likely be unfeasible to do so but if the participants involved in this study were contacted in 5, 10 and/or even 20 years time and questioned as to whether frequent choking resulted in negative health outcomes later in life, it may provide some further context regarding the long-term safety of this practice.

Those instances where ongoing symptoms have been reported should be investigated to identify any potential risk factors.

Combat-related choking has always anecdotally been perceived as a safe process by those participating in grappling arts, and if negative side-effects were common, this perception would likely not exist. As such the findings of this subjective investigation aren’t particularly surprising, but interesting nonetheless.