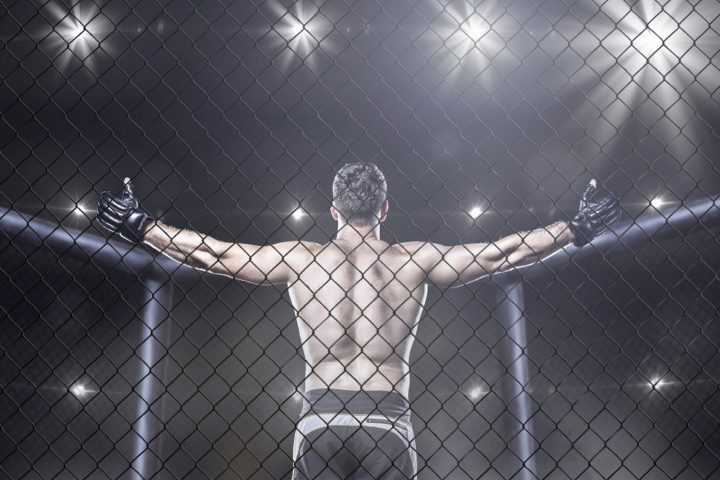 Explosive force development in the lower limb is a critically important characteristic in mixed martial arts (MMA), and in part influences the performance of both lower body and upper body striking techniques, takedowns and grappling exchanges, as well as footwork patterns.

CMJ performance is an extremely common measurement in many sports. The most raw measurement of performance in this movement is the simple height of the jump, and this in itself may be correlated with performance in sport, can be used to track training progress, and also used to monitor fatigue and recovery levels. The advantage of using jump height as a measure is the relative ease of testing. With more advanced equipment, however, specific attributes associated with the performance of this movement can be identified, providing sports scientists and coaches with valuable information regarding an athlete’s performance profile. Whilst previous research has shown a correlation between countermovement jump performance and level of MMA participation (2), this study aimed to explore characteristics of these jumping mechanics and their relevance to mixed martial arts performance.

27 male mixed martial arts athletes were separated into high-level and low-level groups based on their competition experience (number of bouts, professional vs amateur status, win/loss ratio). Their CMJ

performance was measured during one single testing session. 3 maximal jumps were performed with the athletes resting a dowel rod across the shoulders to negate the potential influence of arm swing on the performance of the jump.

The data was recorded using a linear position transducer, and the jump with the highest levels of peak power was used for analysis. The data collected for analysis was the jump height, movement time of the countermovement, displacement during the eccentric phase (i.e. how far down the athlete dipped prior to starting the jump), relative impulse in the eccentric phase and the ratio of movement time to jump height (also known as the modified reactive strength index or RSImod).

In summary, the higher level group demonstrated greater force, power and velocity during the concentric phase of the movement, in addition to reduced time and reduced impulse of the preceding eccentric phase.

The present study highlighted some interesting points surrounding the athletic profile of MMA athletes. In studies of other sports where countermovement jump performance was predictive of level of participation such as rugby, the decreased time and impulse of the eccentric phase of the movement was not noted (3). The authors alluded to the fact that the eccentric
requirements of common MMA movements are potentially much less than that of a field sport athlete who must generate large amounts of eccentric force in order to brake and change direction. Whilst in the previous paper we discussed the role of the lead leg in braking the force produced by the rear leg in order to contribute to the power production in a punch, this degree of eccentric loading is obviously much less than that involved in braking from a sprint. Common movements in MMA requiring lower body force production such as striking, initiating a take down, or using footwork to reposition the body to more effectively attack and/or defend, are often performed with minimal eccentric pre-stretch in order to be effectively executed. “Many decisive sporting actions, including those in combat sport, are constrained by the window of time available to execute a maneuver”. In these cases, it is vital to maximise the force produced within the brief period presented by the opponent”As such, it may well be a desired trait of these athletes to be able to produce concentric power effectively with minimal eccentric loading.

This may have implications for the type of exercises aimed at increasing high-velocity force development in this athlete population. Exercises focusing on overcoming initial inertia and developing concentric power may be preferable over plyometric exercises which traditionally have a high degree of eccentric loading.

CMJ performance is commonly utilised for athlete testing and monitoring, and these findings could have implications for the way in which CMJ data is interpreted in MMA athletes. If an athlete’s RSImod performance improves, it could be interpreted as a sign that the current training interventions are effective. At present, however, this level of performance testing in the CMJ is reserved only for high-level athletes with access to the type of equipment required for this type of testing, or those athletes with access to university sports science laboratory environments.

It was interesting that the authors chose not to concurrently test the squat jump (where a pause is included at the bottom of the movement to remove the countermovement and test more of the concentric power production in isolation) to allow a comparison with the countermovement jump and calculation of the eccentric utilisation ratio (EUR:ratio of countermovement jump to squat jump performance)(4). A correlation between the EUR and level of competition may also have implications for program design and is simpler to test.

As with the first and second studies in this review, it would be interesting to see the correlation in performance of these tasks between a greater number of different skill levels, as well as genders (all competitors were male) and weight divisions (the mean body mass of the athletes was 79.6 in the high level group and 82.3 in the low level group, with standard deviations of11.2 and 12.1 respectively). The criteria of separation was based on win/loss record, which depends not only on the fighting abilities of the competitors in question but also on their relative opponents. The study partly compensates for this with a very large disparity in the fight records of the participants, however because of this, the sensitivity of the test to differentiate between closer levels of performance may come into question.

“Many decisive sporting actions, including those in combat sport, are constrained by the window of time available to execute a maneuver. In these cases, it is vital to maximise the force produced within the brief period presented by the opponent”

This study provided an interesting perspective on the power production profile of elite MMA athletes, and possibly has implications for programming, as well as athlete monitoring. In the future it would perhaps be interesting to see this data compared against some qualitative analysis of fighting styles, to see whether there are certain differences in these characteristics between fighting styles, i.e. grapplers vs strikers.