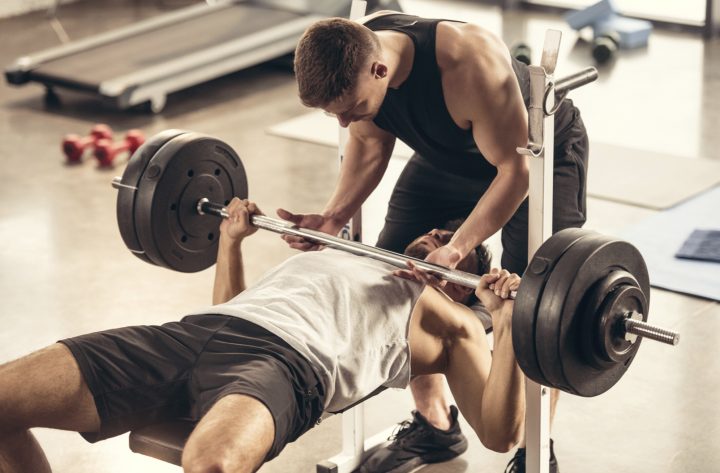 JOURNAL OF STRENGTH AND CONDITIONING RESEARCH, PUPLISHED AHEAD OF PRINT

It is a given that punching power is one of the most important characteristics in striking combat sports. Despite a large focus on strength and power development in many athletes as a means to improve punching power, there isn’t a large amount of research showing the effectiveness of such training interventions, or even correlations between independent measures of strength and power, and punching force in combat athletes. As such, much of what drives our approach towards strength and conditioning for combat athletes originates from interpretation of studies related to biomechanically similar sports, combined with an application of basic kinesiology and sports performance principles.

Combat sport athletes and coaches alike have long valued the importance of lower limb force contribution to the power of our punches, and as a result most programs designed to improve punching power will include some form of lower limb strengthening intervention. Preliminary work in Filimonov’s classic study demonstrated a greater use of the lower body in higher level boxers (2), and studies of biomechanically similar sports (3) requiring lower body force production and rotational power culminating in a high-power upper limb movement (such as javelin and shot put) clearly show the importance of lower limb strength and power (4).

2 previous studies have shown both upper and lower body strength and power measures to be predictive of punching force (5,6). The aim of this study was to expand this body of research with a specific focus on rate of force development.

Punch force was measured using a punch integrator; a punching pad on a wall-mounted load cell.

The following measurements were calculated following the 3MPT:

The average of all punches in the 3-minute test was used for statistical analysis, and the participants were separated into low force (LF), medium force (MF) and high force (HF) groups based on their peak punching power.

The lack of correlation between punching force and upper limb tests was contrary to previous research by et al, who demonstrated bench press peak power at submaximal intensities, particularly 80% 1RM, to be predictive of punching performance (5). This study, however, was performed with a traditional bench press rather than an isometric hold, and It is possible that the angle at which this isometric test was performed (90 degrees elbow flexion) wasn’t appropriate to demonstrate specific strength qualities related to the punch. When a punch is thrown, muscular load peaks close to impact. Therefore, performance on a dynamic test through range, or even an isometric test closer to full elbow extension, may have shown greater correlations with punching power.

The authors also stated that “in a homogeneous sample of highly trained boxers, such as this study, upper-body strength and power characteristics may not be discriminating factors relating to punch force, yet these traits are probably still important for the delivery of a punch”. The participants in this study would have likely undergone upper limb strength training and may possess sufficient strength levels for optimal power. This too may have implications for strength and conditioning programming. It may be that once an athlete has acquired adequate levels of upper body strength, the emphasis of a program should change to focus on development of other qualities, and maintenance of upper body strength.

The findings of this study were in contrast to previous findings by Loturco et al, who found performance on similar tests to be predictive of punching power (6). The authors of this current study allude to the fact that the Loturco study was in a mixed-gender population, potentially impacting the findings. It may also be that while both studies were conducted in high-level
amatuer competitors, the levels between the participants in the studies may still have been quite different, and as alluded to in the previous paragraph, once a competitor reaches a certain level of upper body strength, there is likely a ceiling effect, beyond which further improvements in upper body strength may not translate into punching power

Finally, while assessment of punching power in the Loturco study was conducted over a series of 9 maximaul punches, the current study took the average force over 126 punches. It is possible that 126 punches may not be fully representative of maximal force, and therefore not correlated with strength and power assessments performed maximally for one repetition at a time. Having said that, given the repeat-effort demands of boxing, this assessment of average punching power is arguably more relevant.

“In a homogeneous sample of highly trained boxers, such as this study, upper-body strength and power characteristics may not be discriminating factors relating to punch force, yet these traits are probably still important for the delivery of a punch”

As stated above, there may well be a ceiling effect for upper body strength and it would be interesting for future studies to investigate what this upper limit is, as this would have significant implications for combat athlete assessment and training programming.

The same could well be said for lower limb strength levels. The participants in this study may have reached their upper limit of upper limb strength development relevant to punching power (either due to a specific focus on this quality or

simply a shorter length of time being required to reach this point) but had not reached the same upper limit in terms of lower limb strength.

As with many studies in combat sport science, this study was observational in nature, and ideally we need to see interventional and longitudinal studies to ascertain
the effectiveness of strength and power programs targeting the upper and lower limbs on changes in punching power.

Whilst the results of this study were in some ways surprising, research like this is useful in making us reassess the biomechanics of the sporting movements we are
performing and highlight the factors most relevant to training and programming.