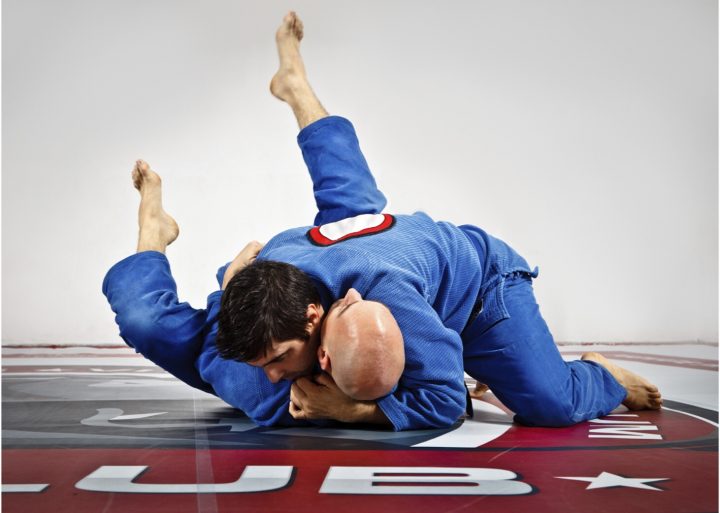 JOURNAL OF STRENGTH AND CONDITIONING RESEARCH, PUBLISH AHEAD OF PRINT

Similar to the tests discussed in the previous article, the Jiu Jitsu Anaerobic Performance Test (JJAPT), first described by Villar et al in 2018 (2), is a performance assessment specifically designed for the individual sport. Unlike the SJFT, the JJAPT is not yet widely used. As such, the aim of this study was to determine the reliability and validity of the test as an assessment of anaerobic performance in Brazilian jiu jitsu (BJJ) athletes.

The study was relatively high-powered for one of its type, with 60 BJJ athletes divided into novice (blue to purple belts) vs. advanced (brown and black belts), and guard vs. pass fighting styles. The first part of the study was to assess the reliability of the test, with the athletes performing the test twice over a 48 hour period. The second part of the study aimed at determining the test’s ability to predict the skill level of the individual athlete.

The testing procedure of the JJAPT is as follows:

5 x 1 minute intervals, with 45 seconds rest in between
The athlete performs a maximum number of butterfly lifts in the time allotted, with a partner of similar body mass.
Heart rate and rate of perceived exertion (RPE) on a 6-20 borg scale were also recorded.

The retest reliability of was shown to be excellent for both internal (heart rate and RPE) and external (total number of throws) variables. The trials showed significant differences in the number of throws between novice and advanced athletes, with all members of the advanced group scoring higher than the novice group and the average numbers 99 and 80 respectively.

The researchers identified a score of 86 as being a cut- off of the advanced level scoring. Heart rate and RPE, however, were not found to be predictive of skill level.

This sensitivity was evident regardless of fighting style of the athletes (pass vs. guard), although interestingly heart rates were found to be higher in the guard fighters.

The researchers further identified a change in total repetitions of 6 or more to be evidence of a true change in performance.

This paper was useful in highlighting different types of validity, and demonstrating how each relates to the interpretation of test data, and the transfer of this into the training process. Villar and colleagues’ paper study looked at the ecological validity of the JJAPT (2), which is described as “a measure of how test performance predicts behaviour in real-world settings”. This was achieved by comparing specific physiological markers, namely blood lactate levels, between match conditions and the conditions of the test. The heart rate measures, however, were not well correlated in this original study (heart rate was higher in the JJAPT in comparison to match conditions).

Given that the test was designed primarily as a measure of anaerobic performance, basing the ecological validity on blood lactate levels alone is understandable, but given that heart rate is also related to the dominant energy systems at play in athletic events, it would have been nice to see a stronger correlation here also. Also of interest is the specific heart rate profile of the test in comparison to match simulation. The Villar study measured heart rate only at the end of each 1 minute interval, however it would be useful to see how heart rate fluctuated through the rounds and how this compared to match conditions.

The authors of this original study also noticed a decrement in the number of maximal throws from round 1 to round 5 in the JJAPT, however a time-based analysis of action frequency in the simulated match conditions was not performed, and it would have beneficial to see if there was a similar change in output in match conditions.

We then look at the external validity, which is described as “how well the outcome of a study can be expected to apply to other settings”. The external validity of the original paper was questioned by the authors of the current study, as all the participants were male, and of similar body mass. It is unknown then, wherever the match conditions and the JJAPT would have had exactly the same correlations in other BJJ populations.

Construct validity is defined as “the degree to which a test measures what it claims, or purports, to be measuring”, essentially how well the test measures what it intends to. One factor to consider here is that the test only involves one technique. Whilst this is a basic technique, and the proficiency in terms of performance of

this technique is unlikely to change dramatically between different levels and styles of practitioner, if a fighter was to be extremely proficient in the butterfly lift, it would potentially decrease the metabolic cost of the test. Also, for a less-experienced athlete, improved proficiency in this technique over a short period of time could very well lead to a meaningful change (increase of 6 or more repetitions), without necessarily any change in anaerobic performance. If we are using the test as a general guide to performance change (for which the test shows good reliability) then this is likely not an issue. If, however, we are using the test as a guide to the effectiveness of strength and conditioning interventions targeted at developing anaerobic fitness qualities, then it may need to be correlated with other, less-specific measures of this. This, however, is not a criticism of the test, but perhaps just a note on how best to apply the test, which for the large majority of individuals would still maintain a high-degree of internal validity.

In the case of this current paper, the construct relates to how well the test predicts skill level (or belt colour categorisation) in BJJ athletes. When considering the validity of tests such as these, it is important to consider the utility of the test. The most likely way I see this test being utilised is to measure anaerobic abilities against similar level athletes. So if a competitive athlete of a certain belt level scores below average, it may be an indication that more anaerobic fitness work needs to be prioritised in their training program. Unlike some other martial arts, BJJ belt colour is generally well-correlated with actual fighting ability, and, as such, separating novice (which is perhaps not even an appropriate term for this level of martial artist as a BJJ purple belt is considered to be a high-level practitioner) and advanced groups by belt colour is reasonable way to structure the study. It would, however, be interesting to see if the test was discriminative of different levels of performance, i.e. medalists vs medalists, national vs international competitors etc. This would greatly increase the potential application of the test for the above purpose.

This study continues to build on the previous work done by Villar and colleagues in demonstrating the reliability and validity of the test. As discussed above, it would be interesting to see this construct validity demonstrated across a greater span of skill and competitive levels. As with any observational studies like this, it would also be valuable to this progressed into an interventional study and see if strength and conditioning (i.e. non-jiu jitsu specific) training interventions would be effective in improving the performance of this test over a certain time period.

With any performance test, increased sports specificity will ultimately lead to greater difficulty in identifying specific qualities related to the test. Overall, this test for the most part appears to be fairly well balanced in terms of addressing specific physiological qualities whilst also maintaining a high level of sports specificity, and has a high degree of reliability to detect change in performance. The results of the JJAPT are likely to provide useful information to both skills and performance coaches to assess, progress and plan training interventions. As more combat sports- specific tests become widely used, it is important that we apply this type of scientific rigour to their assessment, to optimise their application to athletic performance.