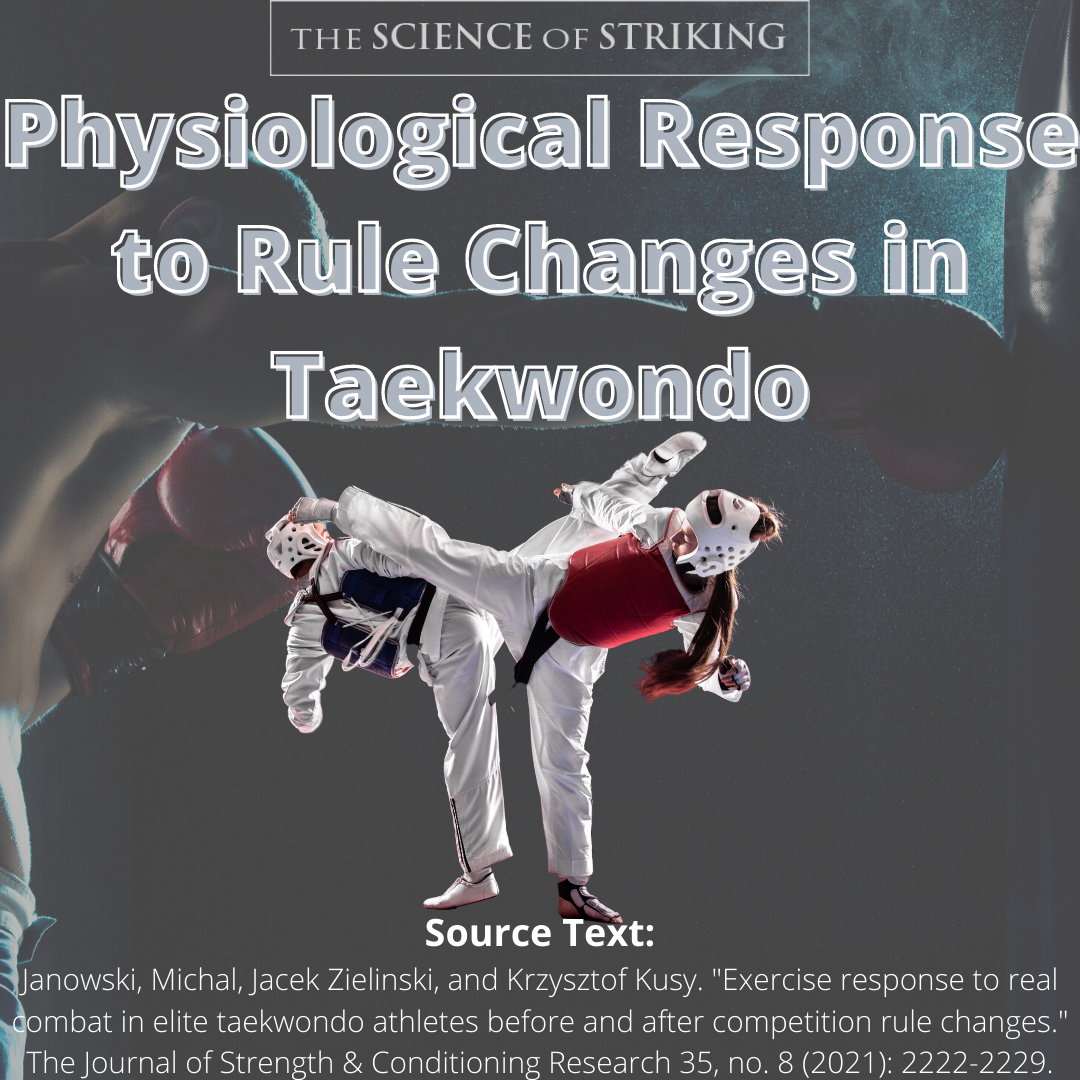 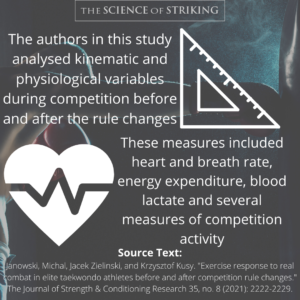 Rule changes are periodically made in sports, often to reduce the incidence of injury or make the sport more spectator-friendly. From a sports performance perspective, it is important to understand the changes in physiological demands that may occur secondary to a rule change.

In 2017, several rule changes were made by World Taekwondo, including raising the severity of penalties for specific non-fighting activities and overuse of “phantom striking,” raising the scoring of kicks delivered to the torso from 1 to 2 points, and limiting the amount of fouls causing disqualification from 10 to 5.

The authors in this study analysed kinematic and physiological variables during competition, in two time periods 1) under the old rules 2) under the new rules. 22 national champion athletes (12 male, 10 female) were measured over a total of 258 total bouts; 133 under the old rules, 125 under the new rules. A biometer was worn throughout the duration of each competition, measuring heart rate, breath rate and energy expenditure, while blood lactate levels were taken before and after each bout. A wireless telemetric recording system was used to record activity, mechanical & physiological load & intensity.

All measured values were significantly higher under the new rules. These findings may be useful for athletes, coaches and S&C coaches working in taekwondo in optimising sports-specific conditioning.

Janowski, Michal, Jacek Zielinski, and Krzysztof Kusy. “Exercise response to real combat in elite taekwondo athletes before and after competition rule changes.” The Journal of Strength & Conditioning Research 35, no. 8 (2021): 2222-2229.