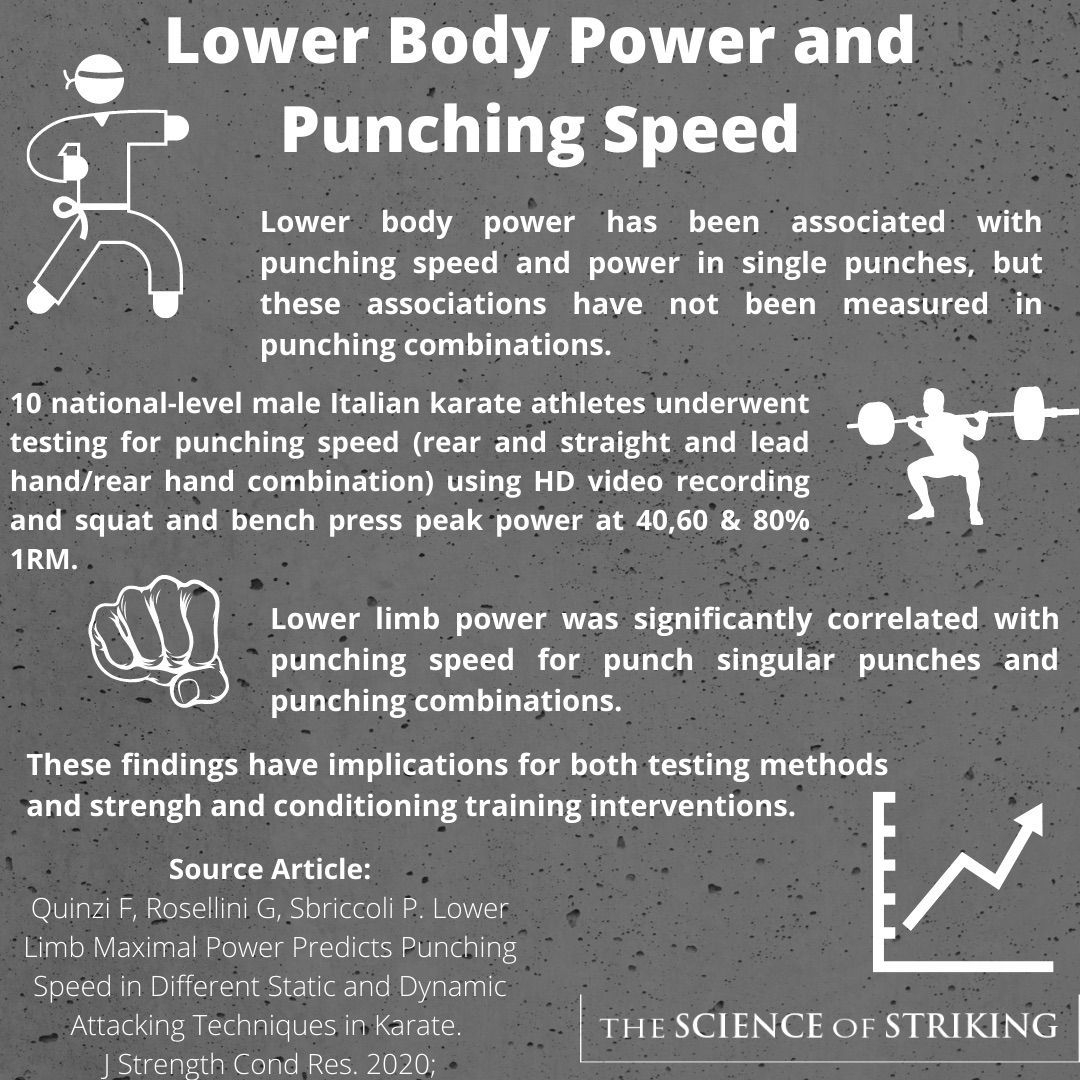 Squat power at all intensities was significantly correlated with punch velocity under all 4 conditions. The outcomes of the study are twofold; 1) Firstly, this further reinforces the potential value in strength and conditioning programs focusing on lower limb power development in karate competitors 2) Measures of lower limb power (vertical jumps etc.) may be used to monitor the progress in programs aimed to improve punching speed, as this quality is potentially easier to objectively quantify.

There are a few weaknesses of the study that may affect the ability to extrapolate the findings. Firstly, the average back squat 1RM was 119kg, or 1.67 times bodyweight (the average body mass was 71.1kg), and the average bench press 1RM was 66kg, or 0.92 times bodyweight. These findings indicate that the subjects were trained in lower limb strength training but likely had minimal upper limb strength training. Different findings regarding the impact of upper body power may have been observed in subjects with greater upper limb strength levels. Secondly, the type of punch examined in this study is very specific to point-system karate, which involves a moderate leap forward into the punch, the lower body power requirements of which may not transfer to other styles of punching.