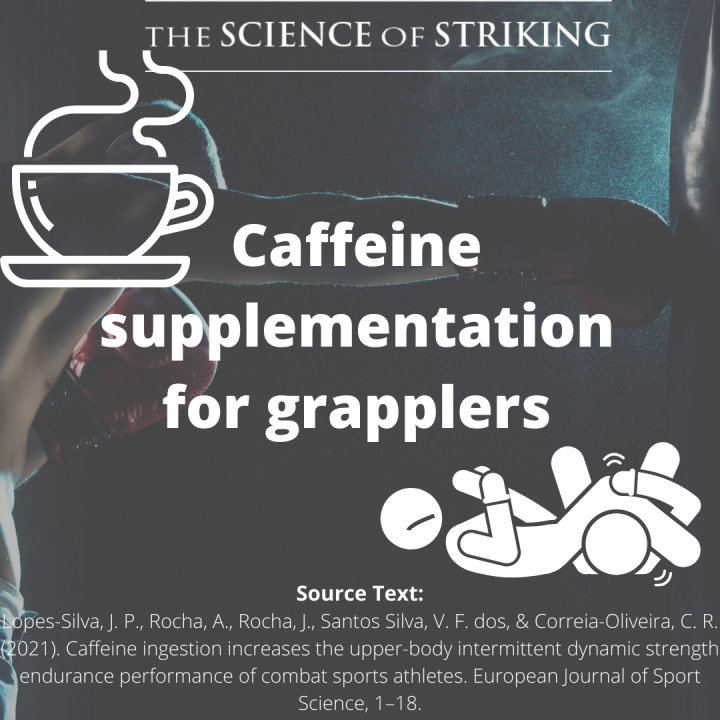 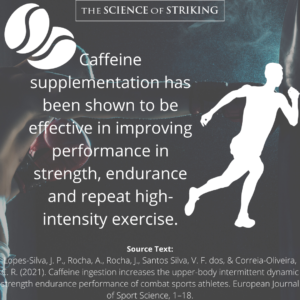 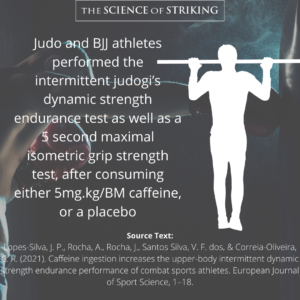 Caffeine supplementation has been shown to be effective in improving performance in strength, endurance and repeat high-intensity exercise. Although the use of caffeine supplementation in combat sports has increased since it was removed from the WADA prohibited substance list, the effects of caffeine specific to combat sports have yet to be investigated.

10 national level judo and BJJ athletes underwent two separate, randomized testing trials, in which the intermittent judogi’s dynamic strength endurance test and a 5 second  maximal isometric handgrip test were performed after consuming either 5 mg·kg/ BM of caffeine or a placebo. The intermittent judogi’s dynamic strength endurance test involves performing a pull up holding on to a judogi wrapped around a bar overhead. The test is performed until volitional failure, and in this study they performed 4 sets with 3 minutes rest in between.

Consumption of caffeine was shown to outperform the placebo by 7% in the judogi dynamic strength endurance test and by 5% in the isometric grip test.