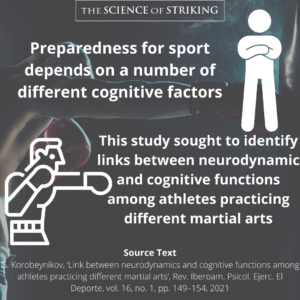 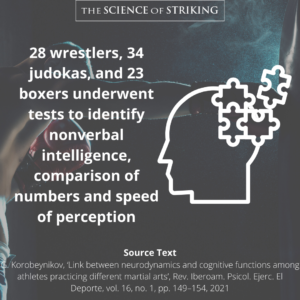 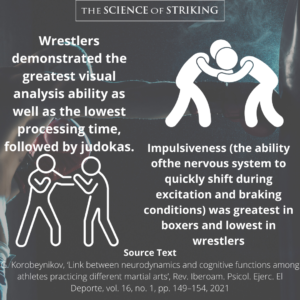 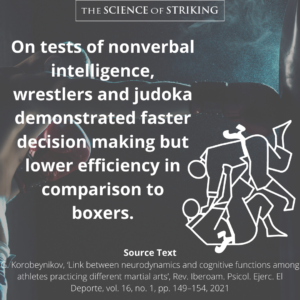 Impulsiveness (the ability of the nervous system to quickly shift during excitation and braking conditions) was greatest in boxers and lowest in wrestlers.

On tests of nonverbal intelligence, wrestlers and judoka demonstrated faster decision making but lower efficiency in comparison to boxers.

These findings highlight differences in cognitive abilities of different combat sports athletes, which are likely an adaptation of their regular training interventions, but also identify areas that may be focused on with specific cognitive training techniques