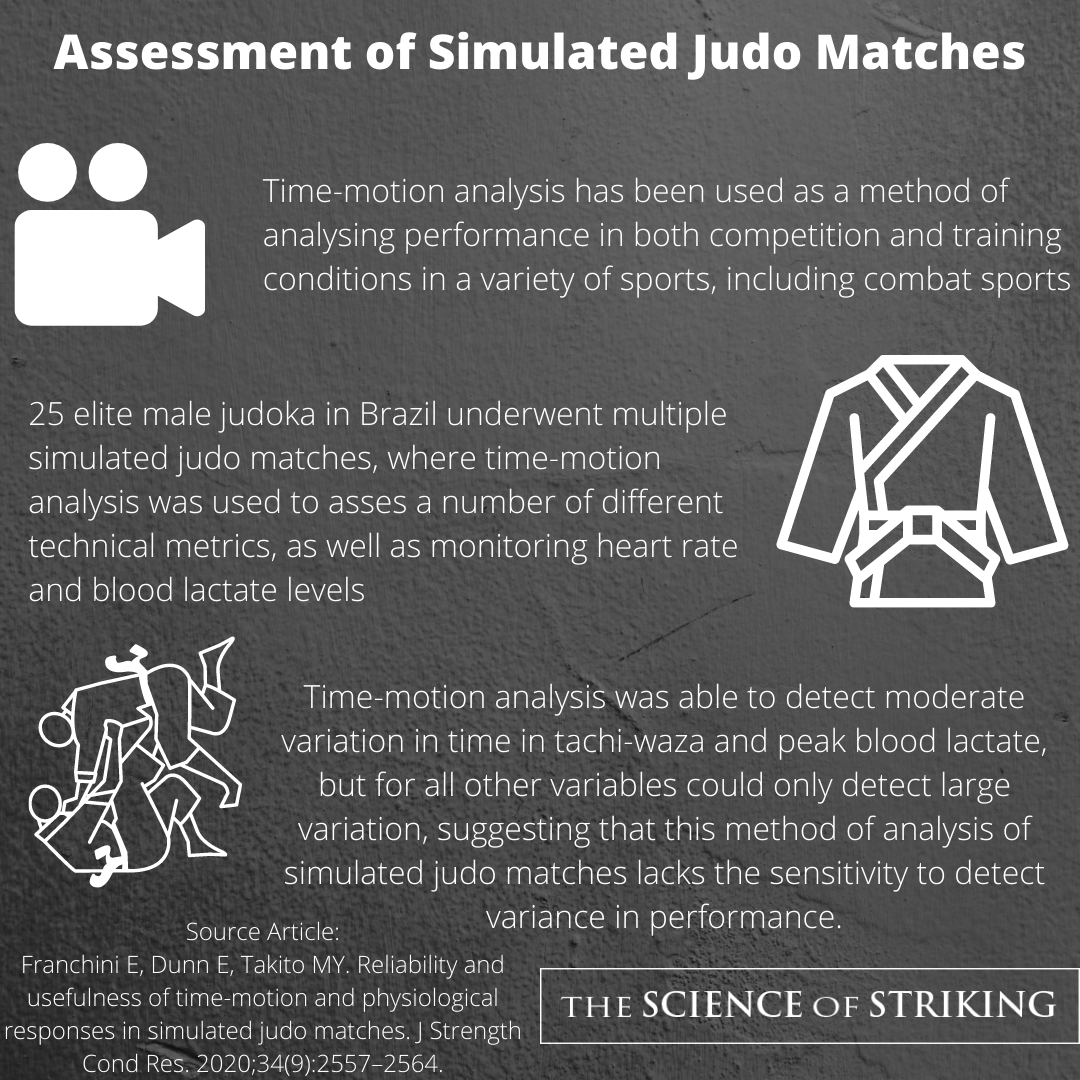 Visual, non-automated time-motion analysis has been used as a method of analysing performance in both competition and training conditions in a variety of sports, including combat sports, and is thought to have some utility in detecting change in performance as a result of training interventions.

The aspects of performance analysed in the time-motion analysis were

– Efficiency (scoring actions expressed as a percentage of total attacks)

Variables were relatively constant across the testing periods, indicating that the athletes performed in a similar manner when matched against the same opponent. Time-motion analysis was able to detect moderate variation in time in tachi-waza and peak blood lactate, but for all other variables could only detect large variation.

The findings of this study suggest that time-motion analysis of simulated judo matches lacks the sensitivity to detect variance in performance.