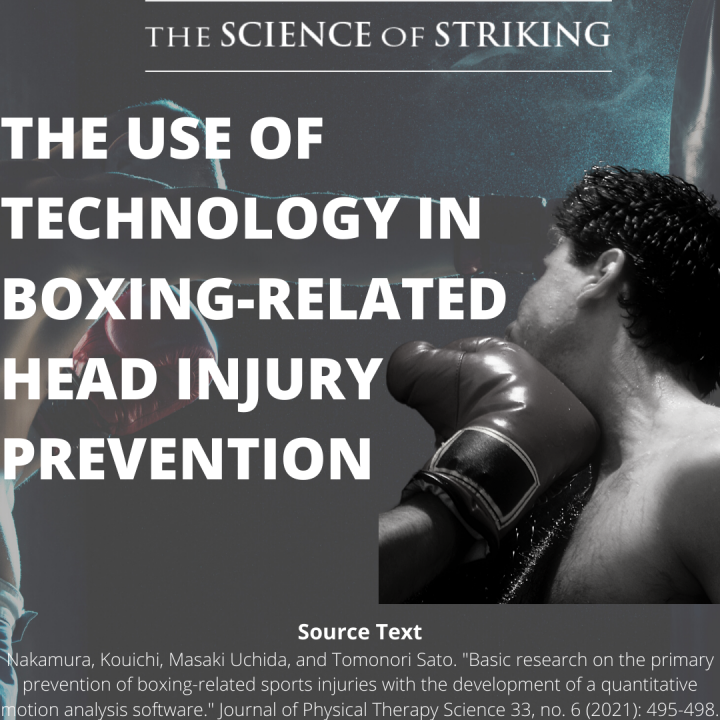 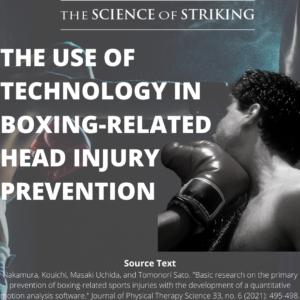 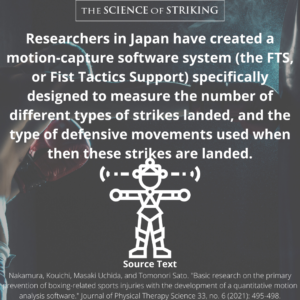 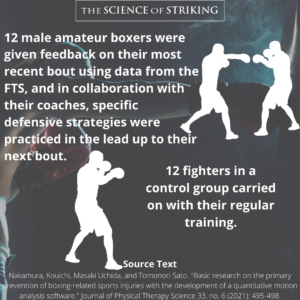 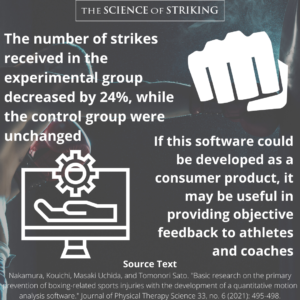 Boxing is characterized by repeated head contact, and participation results in increased risk of head and brain injury. The occurrence of these injuries is correlated with the number of punches received to the head during training and competition. Furthermore, the number of hits received to the head during competition negatively impacts judging criteria and therefore match results.

Researchers in Japan have created a motion-capture software system (the FTS, or Fist Tactics Support) specifically designed to measure the number of different types of strikes landed, and the type of defensive movements used when then these strikes are landed.

They conducted a study where 12 male amateur boxers in an experimental group were given feedback on their most recent bout using data from the FTS, and in collaboration with their coaches, specific defensive strategies were practiced in the lead up to their next bout. 12 fighters in a control group carried on with their regular training.

If this software could be developed as a consumer product, it may be useful in providing objective feedback to athletes and coaches, and in doing so decrease the incidence of head trauma, as well as improving competition performance.

Nakamura, Kouichi, Masaki Uchida, and Tomonori Sato. “Basic research on the primary prevention of boxing-related sports injuries with the development of a quantitative motion analysis software.” Journal of Physical Therapy Science 33, no. 6 (2021): 495-498.