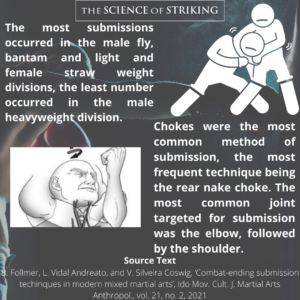 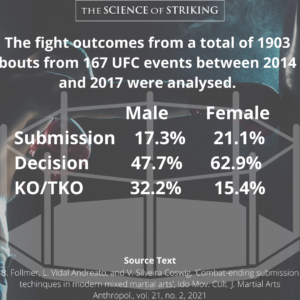 Joint lock submissions and strangulations/chokes account for a large number of finishes in mixed martial arts (MMA). The percentage of UFC matches ending in submission between 1993 and 2002 was 30%. This study aimed to review the statistics from recent MMA events.

Chokes were the most common method of submission, the most frequent technique being the rear nake choke. The most common joint targeted for submission was the elbow, followed by the shoulder.

This study adds to the existing body of literature pertaining to submissions in MMA.