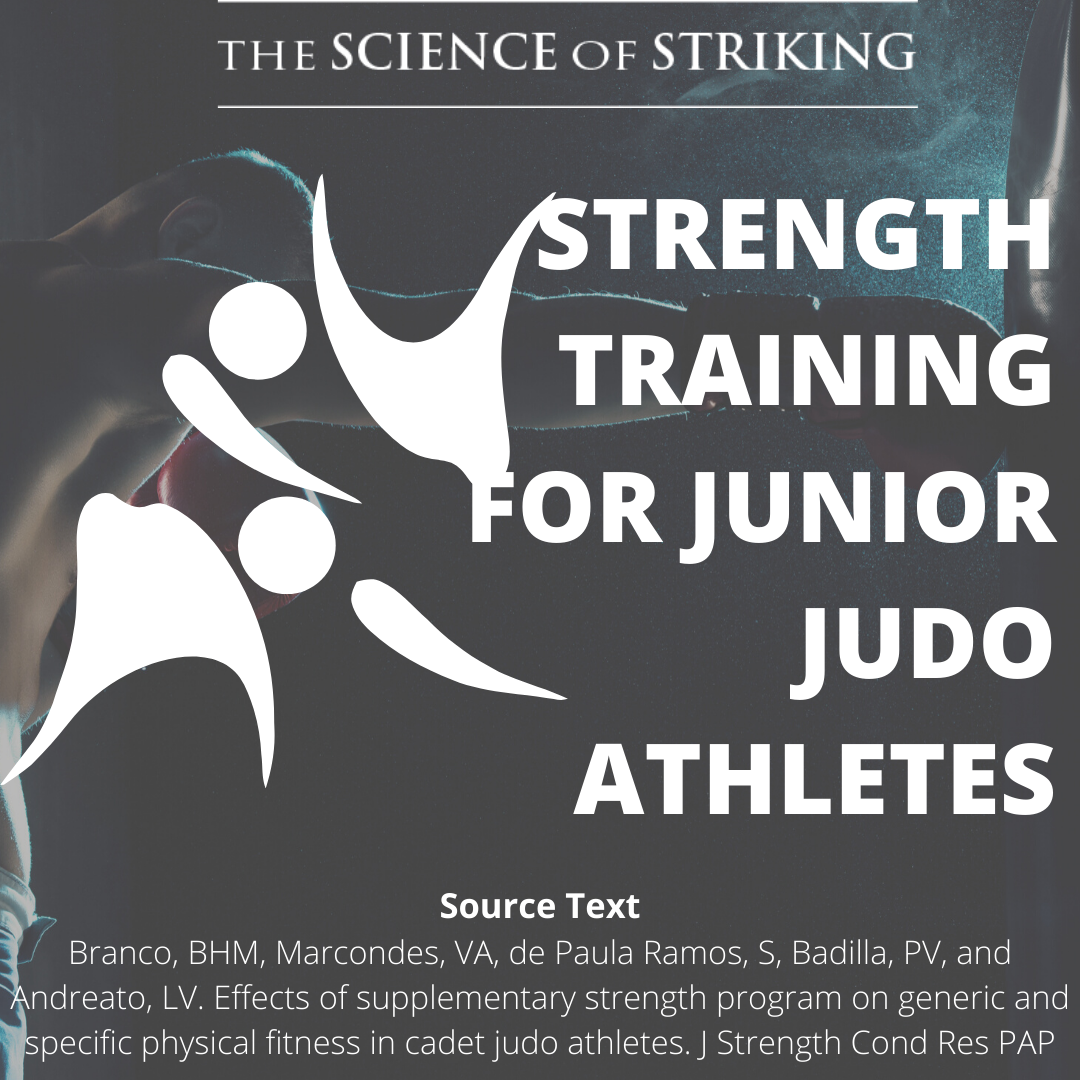 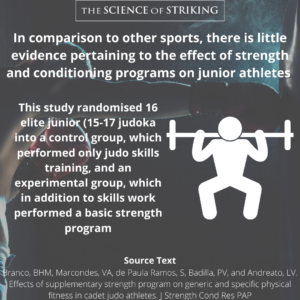 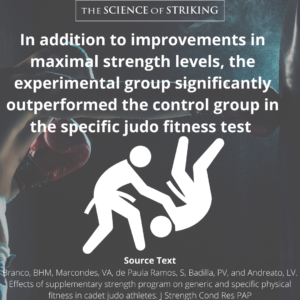 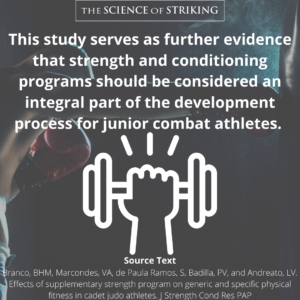 Judo is a martial art/sport consisting of repeated bursts of high-intensity effort over a relatively short (4 min) period of time (more in the case of an extension). As such, improvements in muscular strength and power are likely to improve judo performance. Many different types of physical preparation programs have been used to improve performance in Judo in adults, however this study sought to look at the effects of strength and conditioning programs on judo performance in cadet athletes.

16 experienced judo athletes aged 15-17 were randomised into a control group, which completed an average of 360 minutes/week of judo training, and an experimental group, which performed a strength program in addition to their skills work. The S&C program included olympic lifts, deadlift, bench press, judo-specific rowing movements, as well as supplementary abdominal and gluteal exercises.

As expected, performance in the bench press, squat and row 1RM tests improved significantly in the control group and minimally in the control group. These increases in strength occurred with no change in body mass, which is important considering that these athletes compete in weight divisions.

More importantly, performance in the Specific Judo Fitness Test (SJFT), including number of throws completed, as well as 1-minute heart rate recovery, was improved to a much greater extent in the experimental group.

Strength and conditioning programs should be considered an integral part of the development process for junior combat athletes.