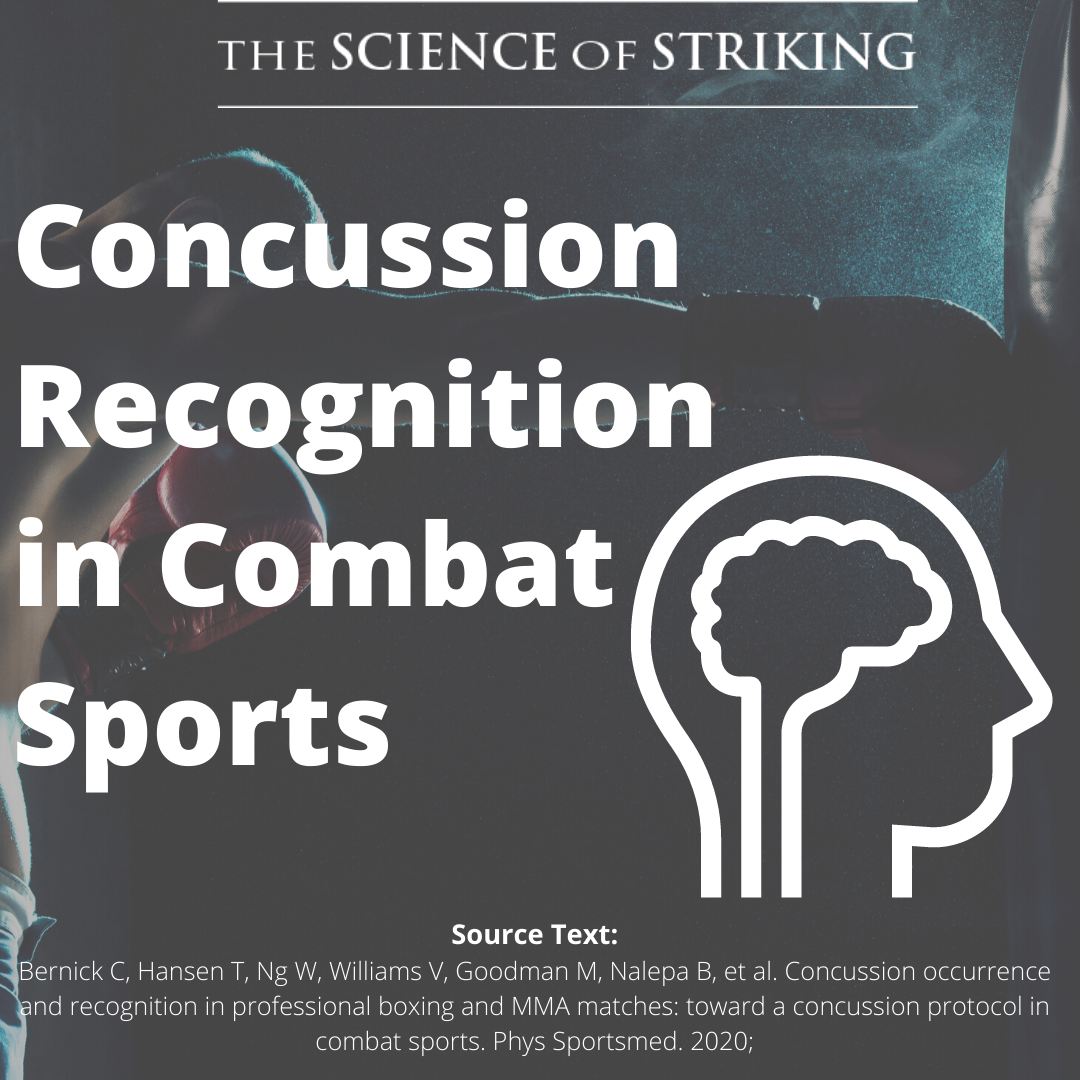 Concussions are a major issue within combat sports and can lead to serious and long-term negative health consequences. Within many combat sports, a bout may be stopped due to a TKO, where the athlete is determined to not be in a position to safely defend themself, or at risk of harm should the bout continue. A fight being stopped too late may result in serious damage, unnecessary concussion, or an increase in the severity of concussion symptoms. In many cases, it is the responsibility of the referee to determine the point at which a fight is stopped.

In other sports such as American football, video footage of observations such as loss of consciousness, vacant staring, poor coordination and poor balance have been correlated with the positive diagnosis of a concussion.

A panel of 8 experts (4 neurologists, (a certified athletic trainer, a college student, a boxing inspector and a combat sport promoter) analysed footage of 30 professional MMA and 30 professional boxing fights and each identified points at which they suspected a concussion to have occurred.

A concussion was recorded in 47 of the 60 fights, with a concussion rate (number of concussions per minute of fighting) of 0.061 in boxing and 0.085 in MMA. These concussions almost always occurred in the loser of the bout, and losers often suffered multiple concussions in a single bout.

The panel concluded that 40% of the fights should have been stopped earlier than they were, and there was a relatively high correlation between the physicians and non-physicians, indicating that when appropriately trained, non-physicians have the ability to identify signs consistent with a suspected concussion.

Limitations exist within this study, including the relatively small sample size and high level of the matches, as well as the fact that the concussions were only suspected and not actually diagnosed (all acknowledged by the authors), however this study does suggest the need to reevaluate the way in which a TKO is is determined, in order to benefit the longevity and long-term health of the athletes.