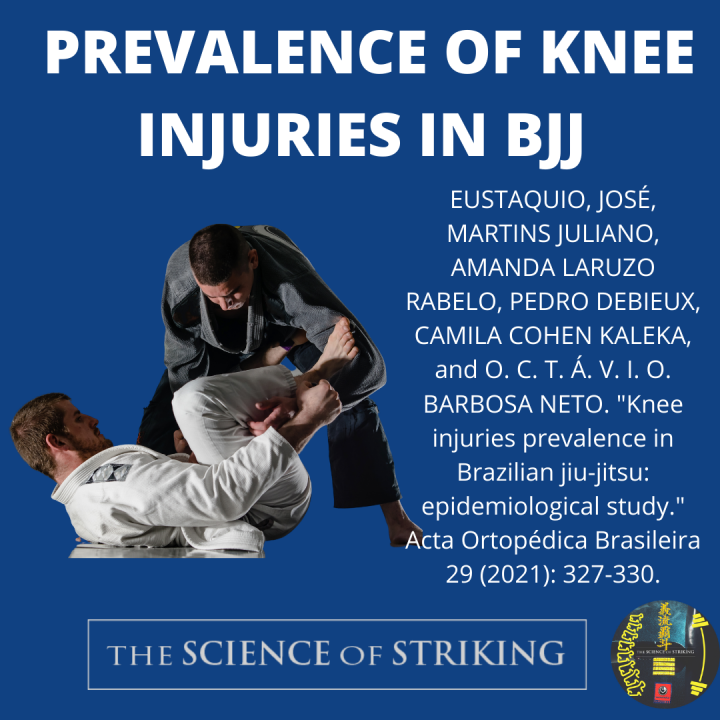 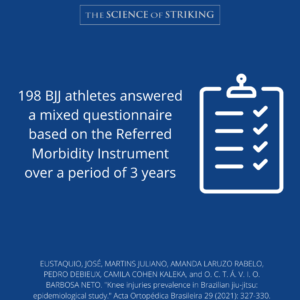 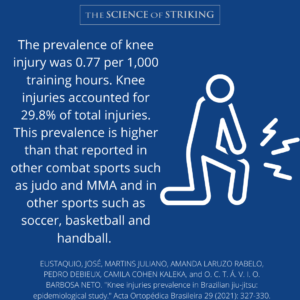 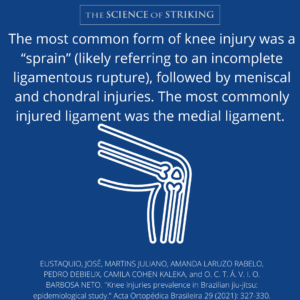 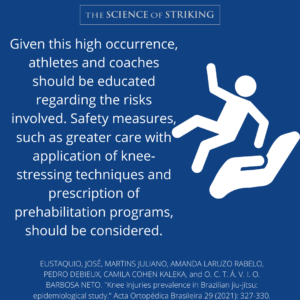 The knee is a common site of injury in many sports, including combat sports. Due to the direct stress to knee structures during submission attempts, the prevalence of knee injury in Brazilian JiuJitsu (BJJ) is thought to be high. This study aimed to evaluate the epidemiology of knee injuries in BJJ and compare this to other sports.

198 BJJ athletes answered a mixed questionnaire based on the Referred Morbidity Instrument. A musculoskeletal injury was defined as any event that causes absence from training or competition for > 1 week, change to training habits for >2weeks, or results in the athlete seeking medical opinion for diagnosis or treatment. The period 3 years prior to the study was used as a time frame on which to base the reporting.

The prevalence of knee injury was 0.77 per 1,000 training hours. Knee injuries accounted for 29.8% of total injuries. This prevalence is higher than that reported in other combat sports such as judo and MMA and in other sports such as soccer, basketball and handball.

The most common form of knee injury was a “sprain” (likely referring to an incomplete ligamentous rupture), followed by meniscal and chondral injuries. The most commonly injured ligament was the medial ligament.

Given this high occurrence, athletes and coaches should be educated regarding the risks involved. Safety measures, such as greater care with application of knee-stressing techniques and prescription of prehabilitation programs, should be considered.