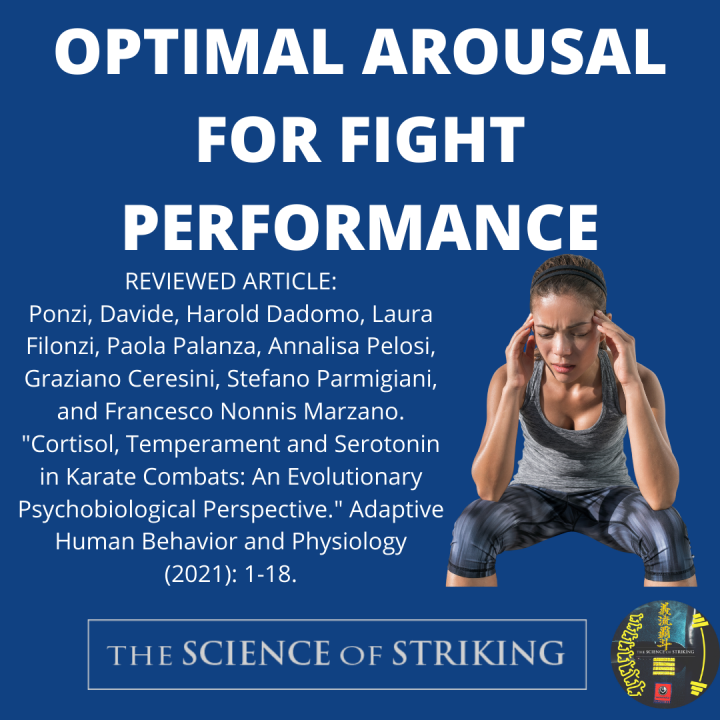 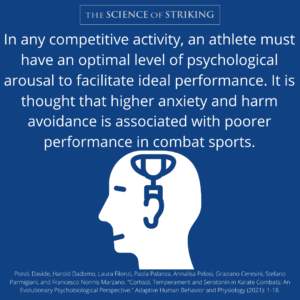 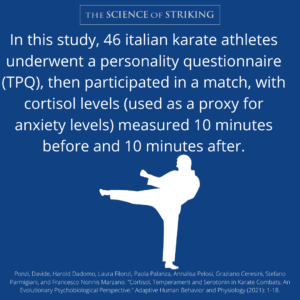 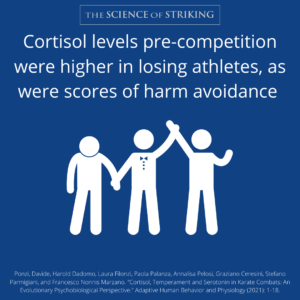 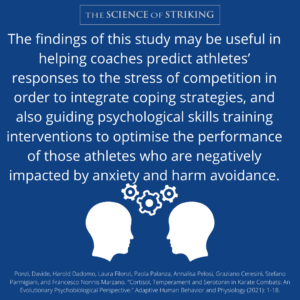 In this study, 46 italian karate athletes underwent genomic DNA 5HTTLPR polymorphism testing, as well as a personality questionnaire (TPQ). They then participated in a match, with cortisol levels (used as a proxy for anxiety levels) measured 10 minutes before and 10 minutes after.

Cortisol levels pre-competition were higher in losing athletes, as were scores of harm avoidance (HA) on the TPQ. HA scores and cortisol levels were also significantly correlated. Genetic testing showed athletes with the SS allele had higher levels of pre-fight cortisol, however this was not correlated with competition results.

The findings of this study may be useful in helping coaches predict athletes’ responses to the stress of competition in order to integrate coping strategies, and also guiding psychological skills training interventions to optimise the performance of those athletes who are negatively impacted by anxiety and harm avoidance.