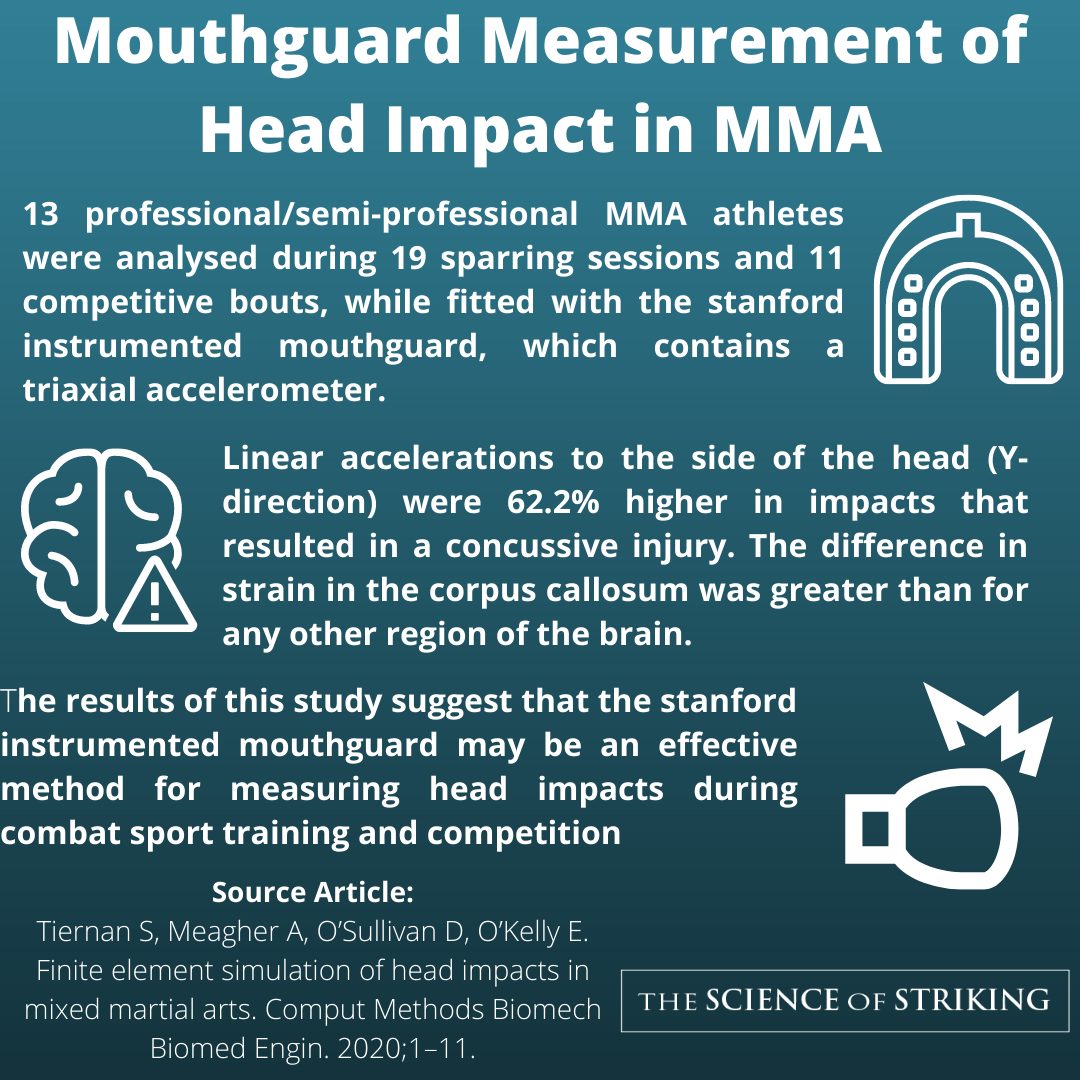 Concussion is an extremely prevalent condition in contact sports and is one with potentially serious long-term consequences. In other sports where concussion has been identified as a major issue, such as American Football, head kinematics has been studied with the use of helmet-based accelerometry.

An alternative for measuring head impact in MMA athletes, who do not wear helmets during competition, is a specially designed mouthpiece/mouthguard. In this study, 13 professional/semi-professional MMA athletes were analysed during 19 sparring sessions and 11 competitive bouts, while fitted with the stanford instrumented mouthguard, which contains a triaxial accelerometer.

In the second part of the study, the impact with the highest resultant angular acceleration from each event was simulated using the GHBMC body model, and the events were classified as “concussed” or “non-concussed” based on a medical examination that took place after each contest. There were no concussions recorded in the sparring sessions, and 5 recorded during the competitions.

The results of this study suggest that the stanford instrumented mouthguard may be an effective method for measuring head impacts during combat sport training and competition, although their use needs to be further validated in larger samples of athletes.

Identification of strain to the corpus callosum as a potential key indicator for concussion of head impact may have implications for further assessment and also greater understanding of concussion science.