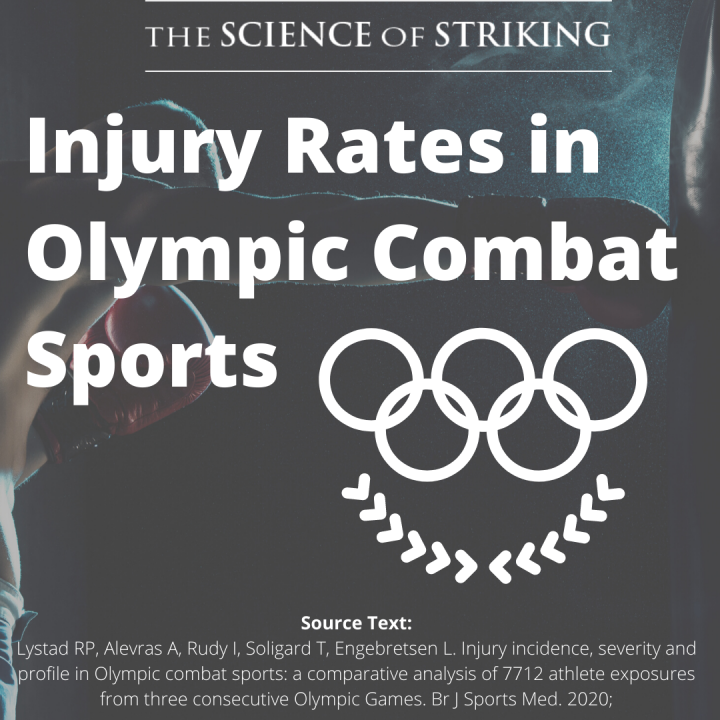 A knowledge of injury epidemiology in specific sporting populations is important in understanding injury risk and instigating preventative measures.

Injury rates from the last 3 summer olympic games (Beijing, 2008, London, 2012, and Rio De Janeiro, 2016) were compiled for boxing, wrestling, judo and taekwondo. The data was collected using the IOC injury & illness surveillance system. For the purposes of this study, injury was defined “as a new or recurring musculoskeletal complaint, concussion or other medical condition incurred in competition during the Olympic Games receiving medical attention, regardless of the consequences with respect to absence from competition or training”.

Of particular interest was that there was a 3-fold increase in head, neck and face injury rates in boxing following the removal of headgear for male athletes after the 2012 games.

This study provides a valuable contribution to the injury epidemiology knowledge base in combat sports.