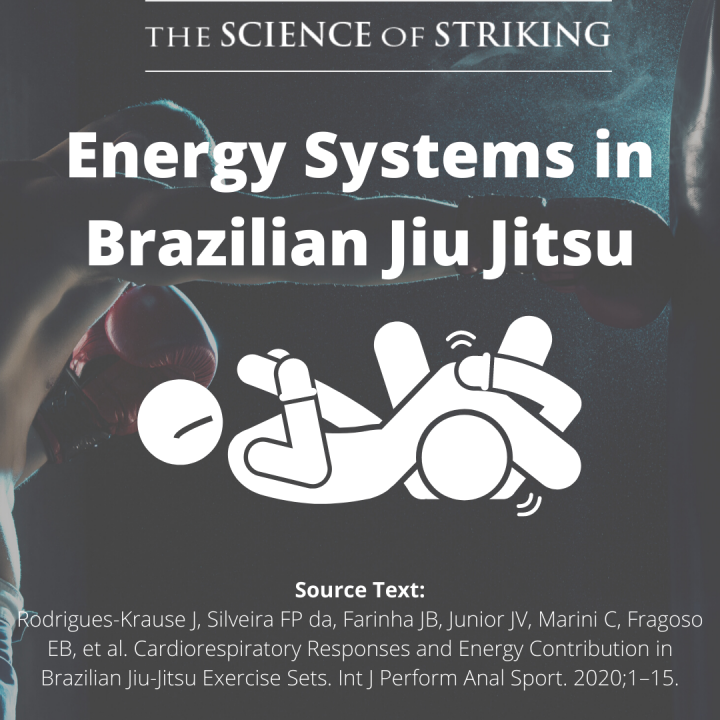 Physical preparation for any sport requires a thorough understanding of the specific physical demands and dominant energy systems. BJJ is a sport consisting of repeated, intermittent, high-energy bursts of activity, and as such, requires contribution from all energy systems.

They then underwent 3 sessions of BJJ assessment with a partner of similar body mass, each consisting of one set each of armbar, takedown and guard pass, at a randomly selected duration of 30, 60 or 90 seconds, with 30 minutes rest in between. VO2 and HR were measured throughout, and the following values were recorded:

The results of this study suggest that aerobic contribution increases with BJJ activity from 30 to 60 seconds, and that oxygen consumption is greater in standing activities compared to ground-based ones. These findings may provide insight into potential methods for improving VO2 Max in BJJ athletes.