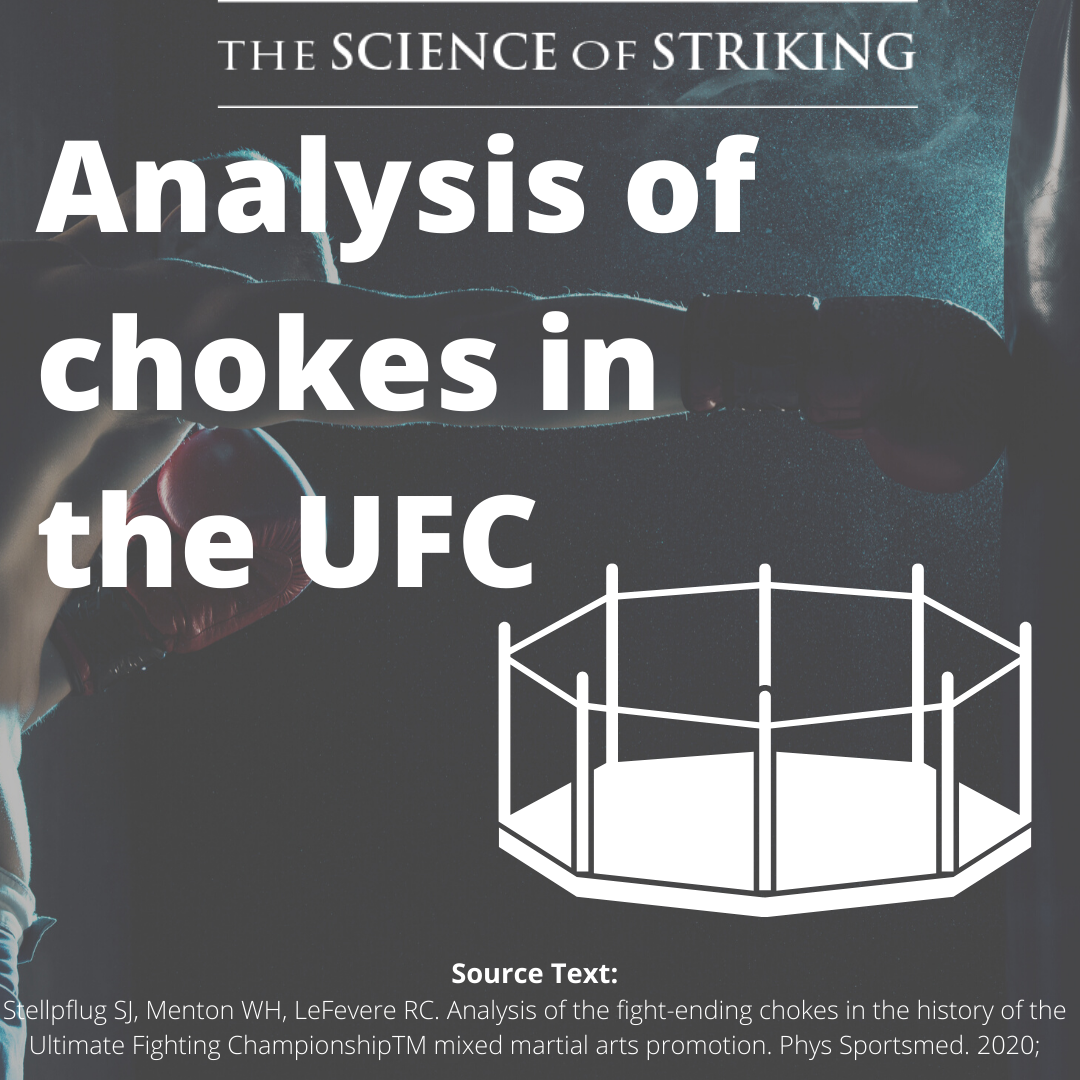 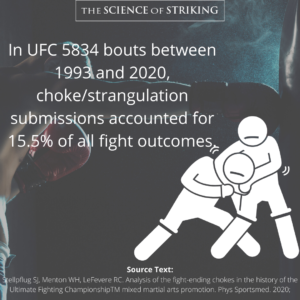 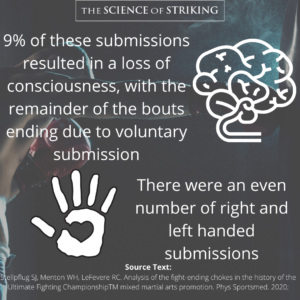 Techniques aimed at rendering an opponent unconscious due to restriction of blood flow to the brain, are commonly utilised in mixed martial arts (MMA) competition. These techniques are commonly described as “chokes”, but are more technically “strangulations”. A knowledge of these techniques is important for both athletes and coaches, as well as medical professionals working in the field.

This study analysed strangulation techniques in UFC events between 1993 and 2020. In 5834 bouts there were 1186 grappling-related submissions, including 904 chokes/strangulations, comprising 15.5% of all fight outcomes.

9% of these submissions resulted in a loss of consciousness, with the remainder of the bouts ending due to voluntary submission.

There were an even number of right and left handed submissions.

The rear naked choke was the most commonly used technique, followed closely by the neck-only guillotine. These two techniques were far more common than the arm-in guillotine, the triangle and the arm triangle.