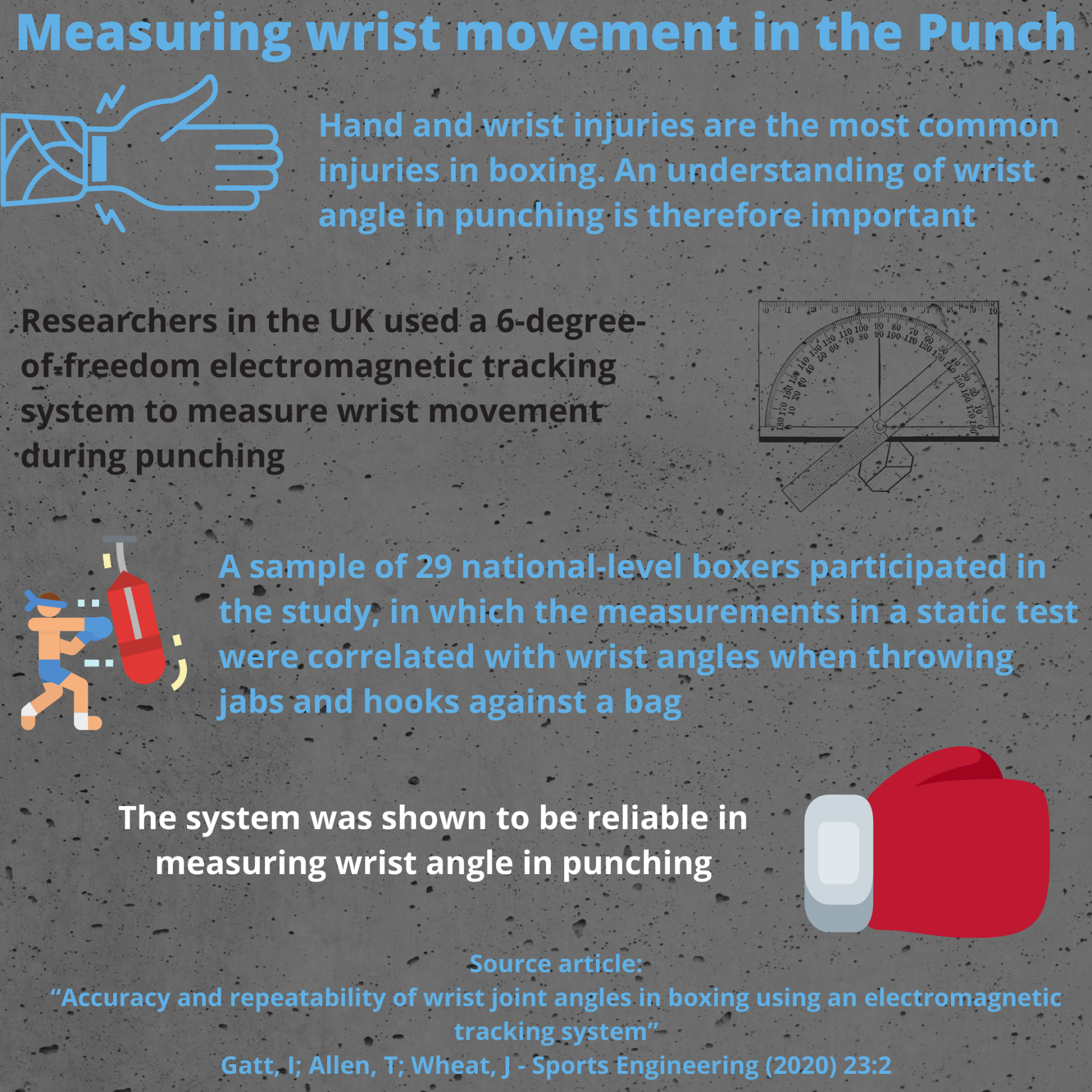 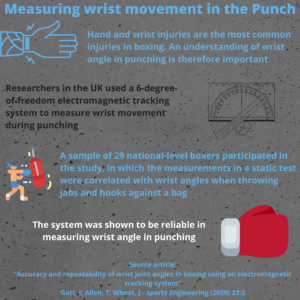 Hand and wrist injuries are the most commonly reported injuries in boxing. Previous studies have looked at shoulder and elbow joint angles in punching, but none have investigated movement at the wrist

An 6-degree-of-freedom electromagnetic tracking system was used to measure wrist movement during punching, which was compared to a mechanical surrogate and static wrist angle measurements. The electromagnetic system was deemed more appropriate than other commonly used systems such as those using reflective markers (difficult due to the presence of boxing gloves) and electrogoniometers (prone to technical errors).

29 national-level british boxers (23 male, 6 female) were included in the study. Quasi-static measurements of wrist angle (with the upper arm and forearm in a fixed position) were taken utilising an electromagnetic tracking system, and cross-referenced with video footage using reflective markers. The athletes then performed 6 jabs and 6 left hooks against a bag, and the 3 methods were combined to ascertain the angle of the wrist in all planes at the moment of impact.

In comparison to the video-based system, the electromagnetic system proved to be valid within 2-6 degrees in the quasi-static measurements. The system also displayed good retest reliability  in assessing wrist angle during punching.

The electromagnetic tracking system described in the study is a reliable and accurate method for assessing wrist motion in punching. Further research utilizing this tool may help continue to deepen our understanding of hand and wrist injury mechanisms, which in turn may have implications for both technical training and rehabilitation.