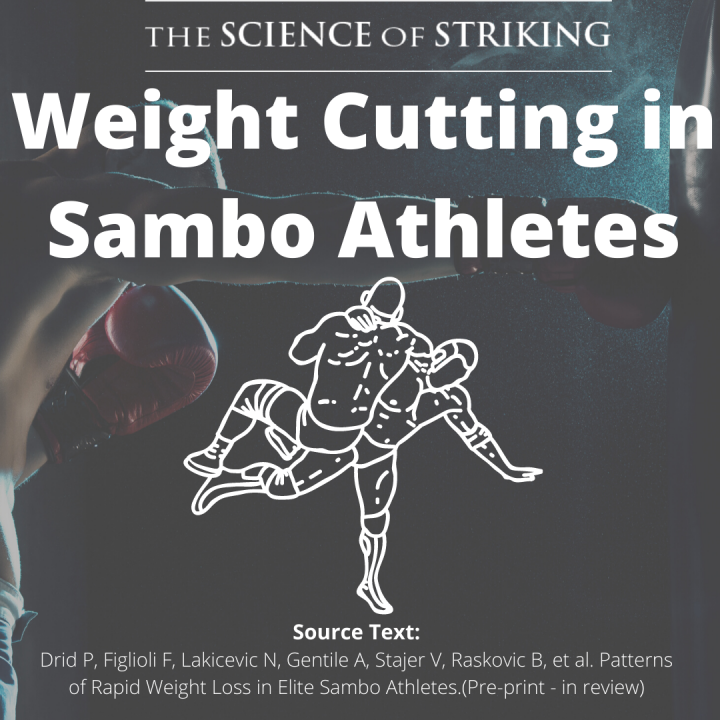 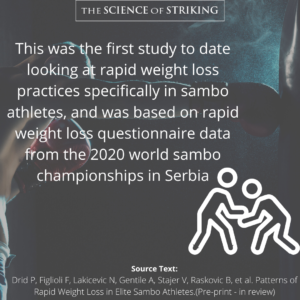 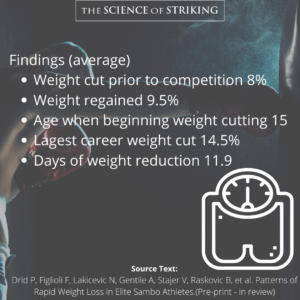 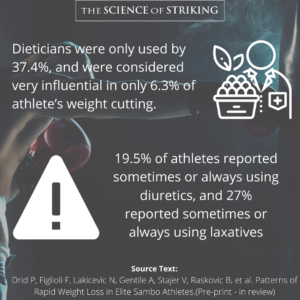 Russian sambo was the official sport of the USSR prior to 1940, and has produced a long list of high-level mixed martial arts performers, none more notable than current UFC P4P king Khabib Nurmegomedov.

This was the first study to date looking at rapid weight loss (RWL) practices specifically in sambo athletes, and was based on rapid weight loss questionnaire data from the 2020 world sambo championships in Serbia. 199 (132 male, 67 female) athletes participated in the study.