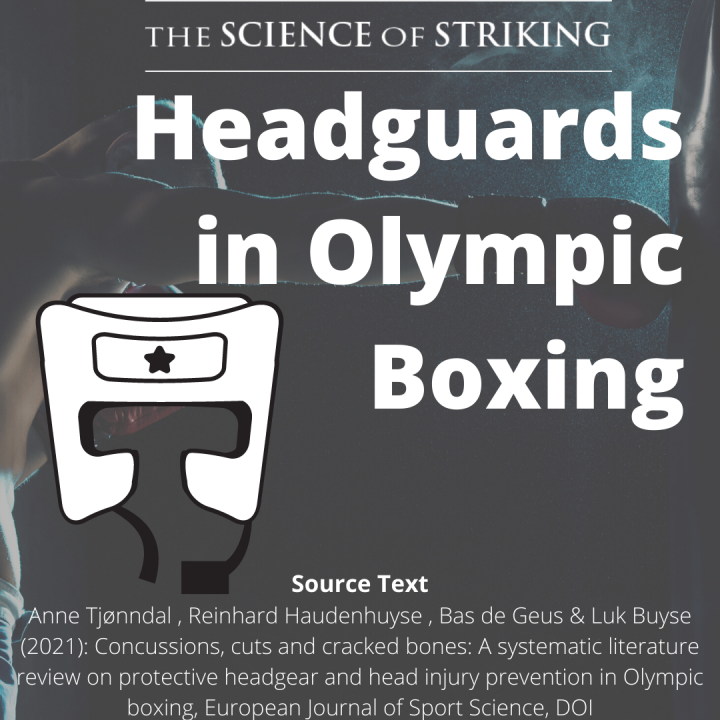 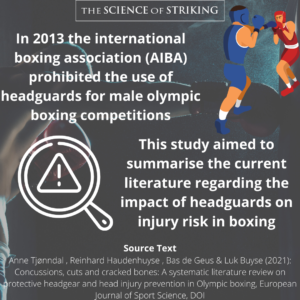 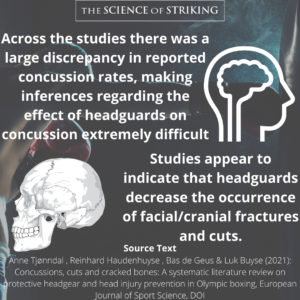 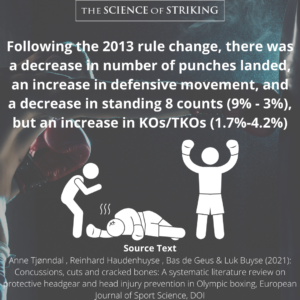 In 2013 the international boxing association (AIBA) prohibited the use of headguards for male olympic boxing competitions, claiming that the use of headguards promoted a false sense of security and risk taking behaviour, and may actually lead to greater head injuries. However, there is still the possibility that headguards decrease direct impact and help protect against cuts and haematomas.

The aim of this study was to summarise the current literature regarding the impact of headguards on injury risk in boxing. 39 papers were included in the review.

Across the studies there was a large discrepancy in reported concussion rates, making inferences regarding the effect of headguards on concussion extremely difficult.

Studies appear to indicate that headguards decrease the occurrence of facial/cranial fractures and cuts.

This review summarises that there is insufficient evidence to conclude whether or not the removal of headguards is protective against head and brain injury. More longitudinal research is required to assess brain health outcomes and analyse different types of headguards. Qualitative research into the beliefs and attitudes of fighters and coaches would also be a valuable addition to the body of evidence.