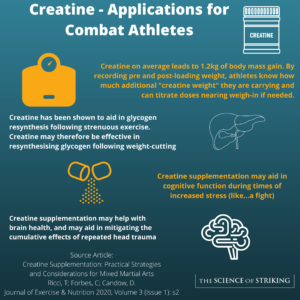 Creatine is one of the most well-researched and commonly used athletic ergogenic aids. It is known to positively benefit singular and repeated high intensity bouts of exercise, muscular endurance, and hypertrophic and strength adaptations to resistance exercise.

The primary findings of the authors were: