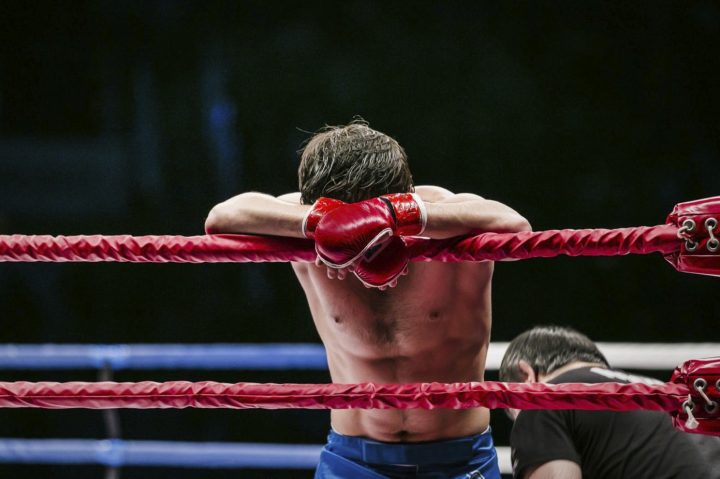 TRANSLATIONAL JOURNAL OF THE AMERICAN COLLEGE OF SPORTS MEDICINE

Combat sports, like many other sports, alternate between periods of physical activity and periods of recovery, both during rounds of combat, and the rest intervals in between. The ability to recover in these periods of non-activity can have a profound impact on the effectiveness of the subsequent periods of activity.

The respiratory system has a large degree of influence over recoverability, by buffering the by-products of exercise and minimizing dysregulation of the excitation-contraction process occurring in skeletal muscle (2)​ ​.

Because of this, maximising ventilatory capacity is seen as an important aspect in optimizing recovery.

Previous studies have looked into the effect of different positions on recoverability following exercise (3​ ​,​4)​, and this study expanded on this by investigating the impact of recovery posture on recoverability between intervals of high-intensity exercise.

Familiarisation with two recovery postures was also performed prior to the trial. Hands on head (HH) required the athlete to stand upright with the hands clasped on top of the head, and hands on knees (HK) was performed with the athlete resting their hands on their knees with the elbows locked and the thoracic spine flexed. To ensure consistency of the HK posture, inclinometers were placed upon the T1 and T12 vertebrae.

The most significant finding was a large difference in 3-minute heart rate recovery between the HH posture (53 ​±​ 10.9 bpm) and the HK posture (31 ​± 11.3 ​bpm). There was a statistically significant difference in

This study demonstrated a significant difference in heart rate recoverability, exhalation ability and ventilation rate in the hands on knees posture compared to the hands on head posture. The thoracic flexion and internal rotation of the rib cage that occurs in the HK posture increases the zone of apposition, or the vertical area of the diaphragm. Increasing this zone of apposition increases the dome shape of the diaphragm, increasing its efficiency and decreasing the relative work done by the accessory respiratory muscles 5​ ​. A more upright posture, where the thoracic spine is extended, may also cause the abdominal muscles to be on greater stretch and therefore less able to oppose the diaphragm and function as accessory breathing muscles.

There may also be an autonomic neurological effect of greater parasympathetic nervous system activation, which has been demonstrated in other studies examining the effect of posture on ANS function6​ ​.

Whilst this study was not conducted in combat sports athletes, I believe it has major implications for fighters. Most combat sports are contested over a predetermined number of rounds, between which the athlete will have a set time for recovery

(often 1 minute). In many combat sports, athletes will have the option to sit for some or all of this recovery time. When seated, the thoracic spine is in a similarly flexed position to the hands on knees recovery posture described in this study, and it is likely that the change in respiratory mechanics and autonomic nervous system function is one reason that athletes choose this as a recovery position, although sitting obviously allows lower limb recovery and imposes less overall metabolic demand as well.

Some combat sports, however, do not allow their athletes to sit between rounds. Full contact, knockdown rule karate, for example, has the contestants stand between rounds while a decision is made. Whilst not implicitly stated in the rule guidelines, it is understood that in a close bout, the recovery posture of the fighter may influence the judges’ decision, and that a hands on knees posture projects a sign of weakness. It may also be the case that while fighters may sit down between rounds in an actual bout, the recovery position in training may be more of an upright one.

The utility of these findings for athletes and coaches are that for at least some of the training process, particularly in the specific phases of preparation and specifically when performing high intensity interval training, recovery postures should mimic those utilised in competition situations. So for the full-contact karate fighter who has to recover in an upright position between rounds to positively influence the judges (rightly or wrongly), a certain amount of practice of this recovery position needs to be done in training. Likewise, a boxer who sits between rounds in a match may find

that if they are recovering in an upright position during training, the quality of their training may be suboptimal to elicit the appropriate training stimulus.

For team sport athletes, these findings may go against common doctrine in coaching circles. It seems a common trend for athletes to be told to put their hands on their head to recover between intervals. Whilst there is a certain psychological implication of the hands on knees posture indicating greater levels of fatigue to the opposition, it also tends to be a common belief amongst coaches that the hands on the head is physiologically superior for recovery, and this study goes a long way towards dispelling this myth.

The concept of visual impression created by the recovery positions is a valid one, particularly in combat sports, where an increase in confidence provided by the assumption that the opponent is experiencing greater levels of fatigue may provide a meaningful advantage. However, whether that advantage outweighs the physiological disadvantages evident in this current study is something that athletes and coaches need to consider on an individual basis given their specific circumstances.

Whilst the hands on knees posture and seated posture both incorporate an element of hip and spinal flexion, they are still biomechanically different, and it would be interesting to see the difference between these in terms of recoverability and respiratory efficiency, and also to investigate whether different sitting postures influence these measures in different ways.

It would also be interesting to see whether the practice of specific breathing control exercises in these recovery positions made any difference both in an acute setting, and also after a set period of training.

The ability to recover between rounds of combat is instrumental in the success of a fighter, and as such, strategies aimed at optimising this recovery should be fully explored.