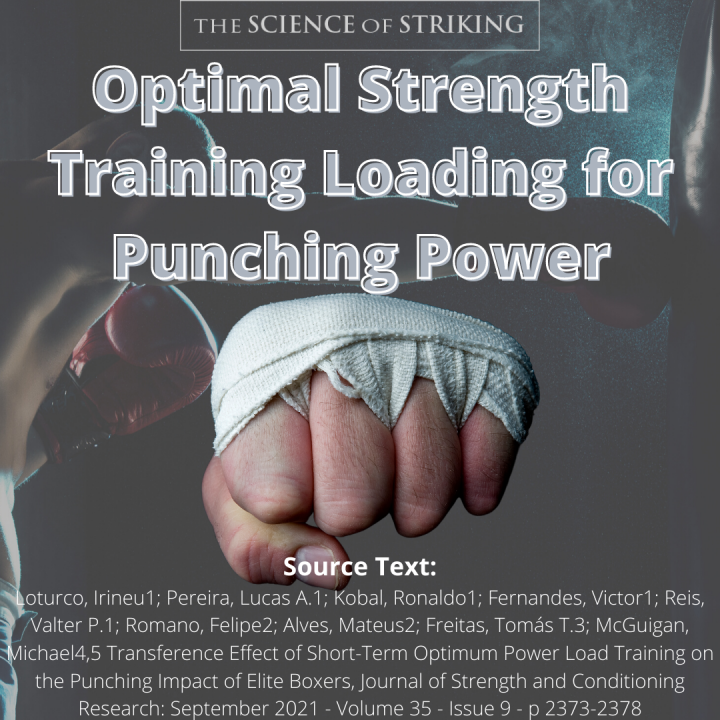 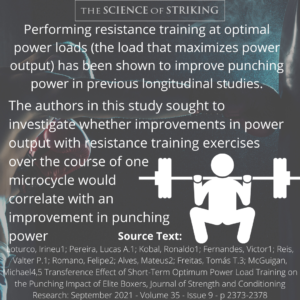 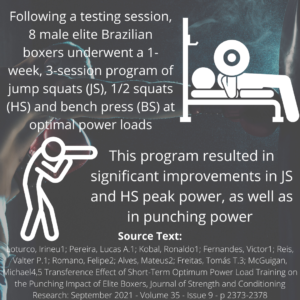 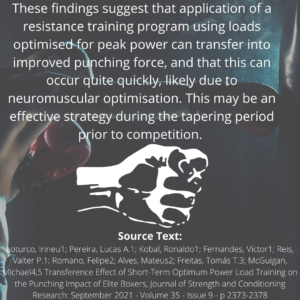 Maximising punching power is a major goal of striking combat athletes, and as such, optimising training methods to achieve this goal is critically important.

Performing resistance training at optimal power loads (the load that maximizes power output) has been shown to improve punching power in previous longitudinal studies. However, the results of these studies may be confounded due to possible improvements from technical practice etc.

They then underwent a 1-week training program including 3 sessions, during which the above-mentioned exercises were performed at the loads corresponding to maximal power. No other training was performed during this time.

Following the intervention, peak power was increased in the HS and JS, but not in the bench press. The average transference effect coefficient (TEC) between these exercises and punching power was 0.8, indicating a significant correlation.

These findings suggest that application of a resistance training program using loads optimised for peak power can transfer into improved punching force, and that this can occur quite quickly, likely due to neuromuscular optimisation. This may be an effective strategy during the tapering period prior to competition.

One confounding factor however may have been that the period away from normal boxing training may have led to a relative deload, resulting in a decrease in neuromuscular fatigue, improving performance in both tasks. Future research should, therefore, assess the effectiveness of such a program under normal training conditions.